Republicans To Keep Threatening Shutdown Until They Get Their Way 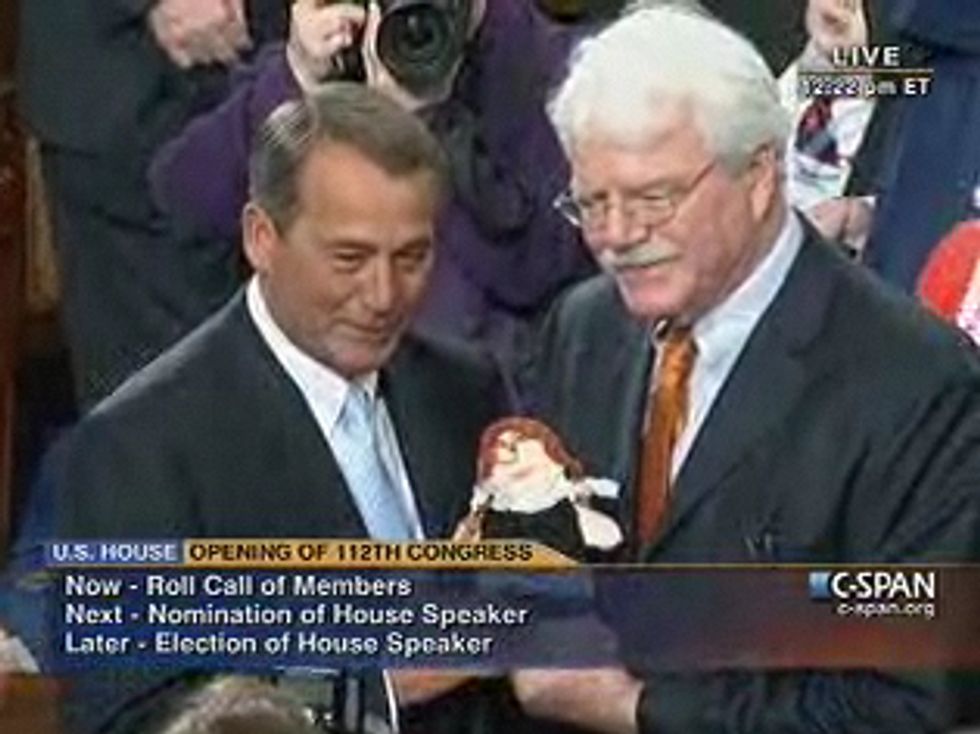 The Grand (Second-)Old Party still does not control the government itself these days, but that doesn't matter when Republican can get the president to capitulate on basically any point and steer the agenda to get what they want by promising to shut down the government until they do. This inevitable and inevitably unpopular shutdown stupidity has been put off by Democrats "compromising" — giving Republicans some of the spending cuts they want in exchange for them not being terrible douche bags for a short period of time. The Republican plan seems to be tokeep staving off this shutdown thing for a few weeks at a time and forcing Democrats to give in until they've totaled up all the cuts they wanted. That is, until the Teabaggers ask them to make more cuts. Which will also be easily accomplished by Boehner taking five minutes before he leaves the building to drink red wine the rest of the day to scare caring Democrats by making yet another half-hearted little shutdown promise. Governing is easy!

Look, Republicans can even change the rules of the "compromise" if they want to make getting exactly what they want go a bit faster!

The House has passed a bill that would cut $61 billion from 2010 levels. Democrats say those cuts would be too large, but large numbers voted in favor of $10 billion in cuts as part of the last two short-term government funding measures.

Those talks faltered last week amid a dispute over where to start discussion. Republicans insisted that the two sides negotiate from the legislation passed by the House to cut $61 billion, which would put the burden on Democrats to say which cuts they didn't find acceptable.

By July, Democrats will be forced to personally go out and murder all gay Democratic voters in the country if they "want to avoid shutdown another two weeks." Which will be accomplished by John Boehner having the tanning bed attendant make this short threat to them over the phone while he oranges his eyeballs. Who said government had to be complicated? [WSJ]