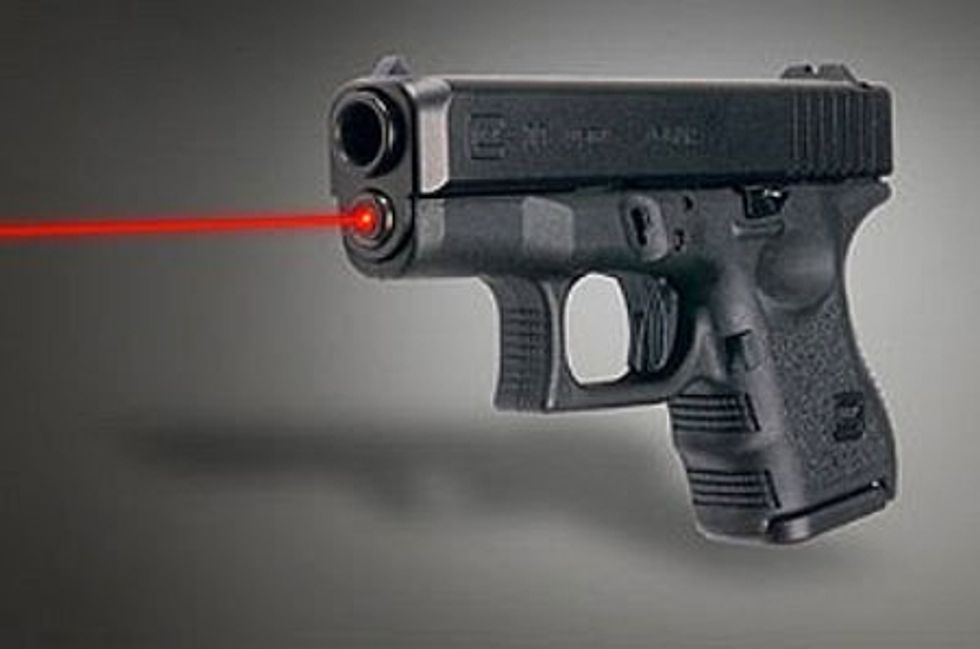 Not a toy, but sure, go ahead and treat it like one.

In yet another tale of Responsible Gun Owners who were perfectly law-abiding citizens who practiced excellent firearms safety right up until they didn't, a 34-year-old Pennsylvania* man shot his 11-year-old nephew to death over the weekend while demonstrating the cool red dot the laser sight made on the kid's forehead. We're guessing he may be having some second thoughts about how secure his home is now.

The shooting occurred while the boy was visiting the Delaware Township home of his grandfather; the boy's uncle, Chad Olm, lives in the home's basement. He happily complied when the boy asked him to show him his gun collection, so Olm opened his gun safe -- so secure! -- and showed off several handguns to the nephew and to his own son. He insisted that he did not store the guns loaded, because he is of course a responsible gun owner. He allowed the boys to handle three definitely unloaded handguns, then pulled out a Glock 27 .40-caliber handgun so he could show off the laser sight. Olm told police that while the gun didn't have a magazine in it, he didn't check to see whether a round was in the chamber, because come on, he knows very well that he doesn't store his guns loaded.

After shining the laser sight on the walls and ceiling, he pointed it at his nephew's forehead, and one of the boys said, "Look, you have a red dot on your forehead." The nephew reached for the gun, Olm pulled the trigger, and it turned out that Olm is now no longer a responsible gun owner, but that's no reason to question the wisdom of the Second Amendment, because shit happens and no other responsible gun owner would ever be so foolish as to show off a gun without checking the chamber, or to point a gun at an eleven-year-old boy, until the next fucking time this happens and we all are reminded that the important thing is that the Government needs to be kept in check by an armed citizenry who will secure the blessings of liberty for our children, at least the surviving ones.

We imagine the police were just minutes away, too.

The dead boy had two siblings, one older and one younger, and we suppose they should just comfort themselves with the knowledge that there are a lot of other people out there who feel much, much safer knowing that they can blow away any bad guys who ever threaten them. You know, there are killers and haters everywhere. Wayne La Pierre says so.

Mr. Olm has been charged with criminal homicide for the shooting, endangering another person since his son was in the room, and with endangering the welfare of children.

The fate of his precious, precious guns has yet to be determined, but we're betting that plenty of responsible gun owners will volunteer to give them a good, safe home.

Follow Doktor Zoom on Twitter. He apologizes in advance for politicizing this child's death. There is nothing political about guns. They are very good things. They keep you very safe.