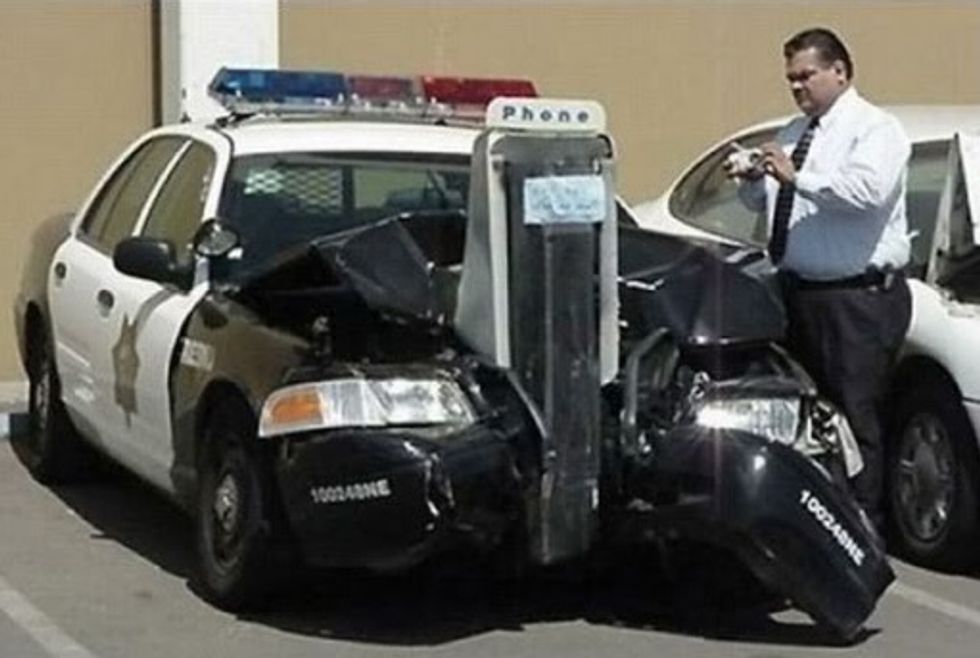 Atherton, California, is America'sthird most expensive zipcode, and is also semi-famous for its police blotter, which often reads like a cavalcade of first-world problems:

And if those sound like the kinds of reports you might expect in a community full of well-off but very suspicious white people, just imagine what fun it is to be Driving While Brown in Atherton! Blogger Kent Brewster did a little digging in the Atherton PD's website, and put together a handy collection of all the incident reports. In among the reports of scary doorbell-ringing, Brewster found a bit of a surprise when he looked at vehicle code violations: Between February and July 2013, "175 out of the 182 drivers cited have Hispanic names."

This doesn't mean that there's any racial profiling going on, of course. Could be that Latinos in the area just converge on Atherton for the purpose of driving without a license, which is also the most common violation listed.

Some of the other interesting details:

Brewster also notes that archived Atherton police blogs going back to 2010 show a similar pattern of Hispanics being cited for misdemeanor driver's license problems. It really appears to be something of an epidemic around those parts, almost as bad as elderly residents freaking out when someone rings their doorbell and goes away without saying anything, leaving behind only a UPS package.

Wonder if their neighborhood watch is armed?