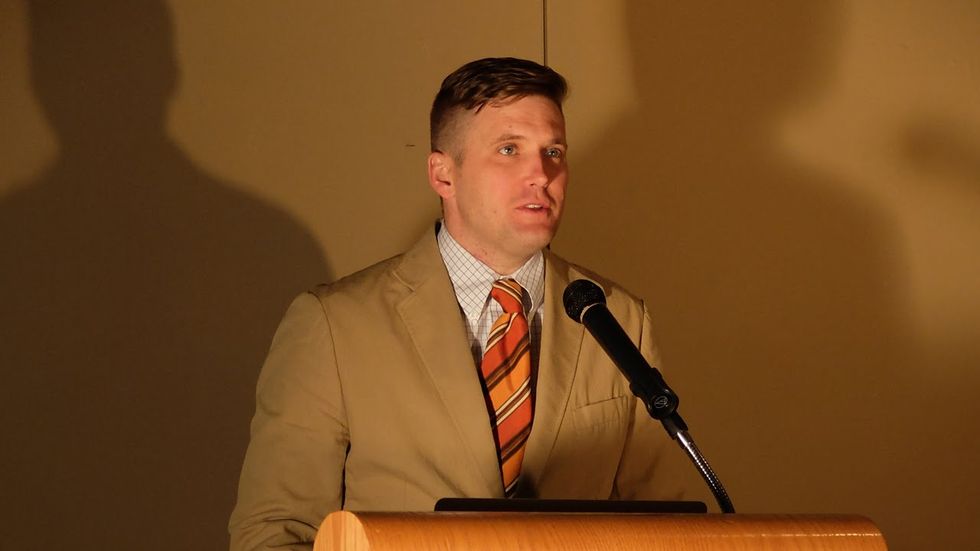 Throughout the past year, drama after drama has unfolded as neo-Nazi Richard Spencer has fought for his "right" to give speeches at colleges around the country in hopes of recruiting more young angry white men to his sad little dream of turning the United States into a "white ethno-state."

Alas, Spencer and his cohorts at the National Policy Institute may have to put their their stupid racist dream on hold, because as of right now, these "racially superior" geniuses can't figure out how to balance a checkbook.

The Huffington Post reports that, prior to Spencer's speaking engagement at the University of Florida, NPI was required to give the school a check for $10,564.80. And they did indeed send a check for that amount.

However, when the school tried to cash the check, it bounced.

NPI then had to wire the school the money in order for the event to go on. That, of course, was not the only way in which Spencer and NPI screwed up. HuffPo lovingly details each and every way Spencer's crack team couldn't read an email or fill out a simple checklist.

In fact, the only thing it turns out Spencer was on top of, coordination-wise, was making sure the school was set up to play five Depeche Mode songs for his appearance, which were later all drowned out by chants of "Fuck you, Spencer" anyway. Call me crazy, but I don't think anyone who can't figure out anything beyond a 1/10th of a Goth night DJ set is gonna get it together to run a "white ethno-state" any time soon.

This is, of course, far from the first time Nazis have fucked up at event planning. Earlier this year, when Nazis from the Daily Stormer tried to organize a rally in Whitefish, Montana, they were swiftly thwarted by the cost of obtaining a $125 permit.

The Daily Stormer, by the way, would be the same site that had to go to the dark net on account of how no one on the regular internet would host them anymore. How these people think they're going to get a "white ethno-state" when they can't even do basic event planning or convince anyone to let them exist on the internet is beyond me. Way to suck at being the "master race," fellas!

Wonkette promises not to hold white power rallies if we get $125.