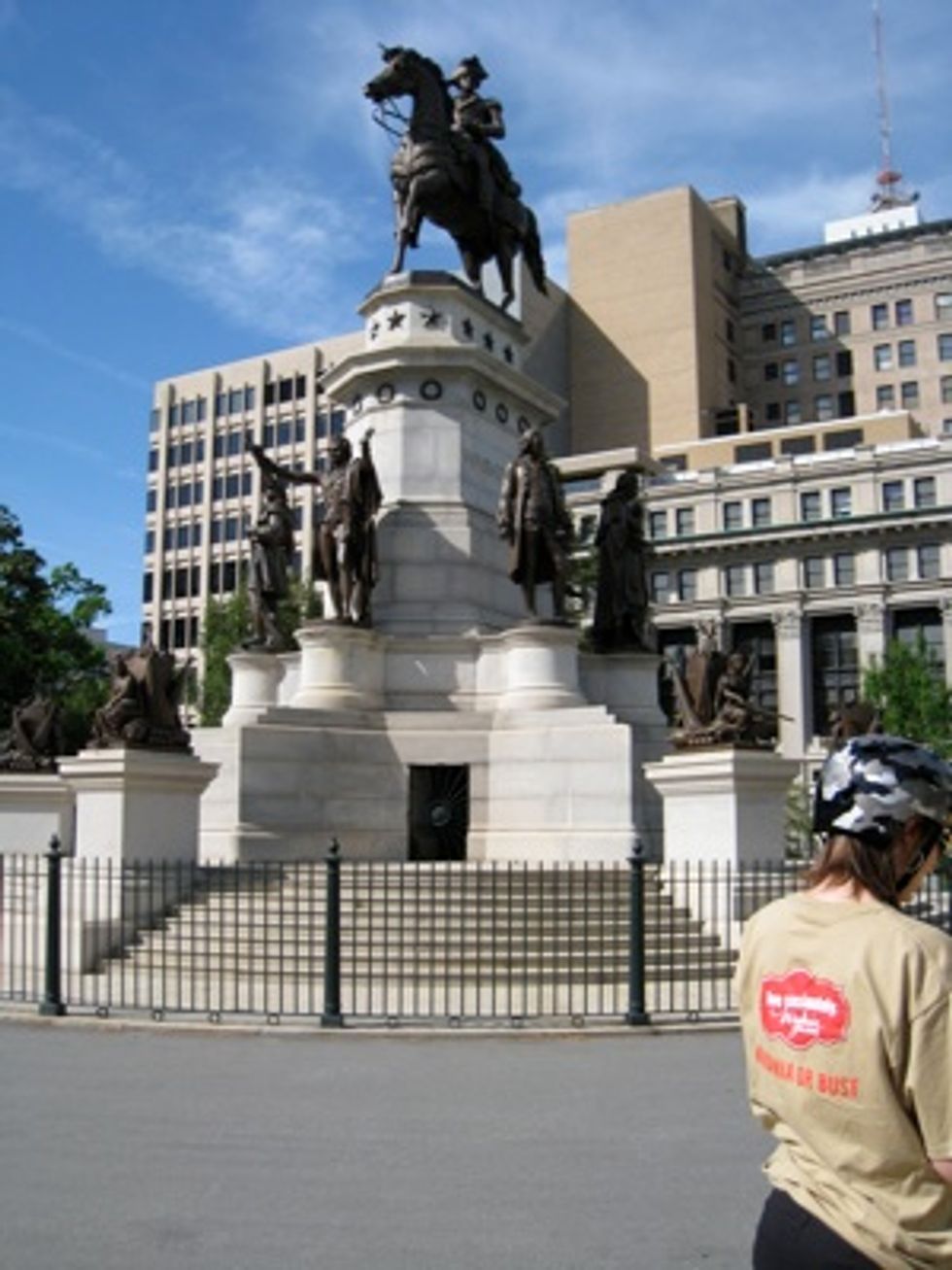 So no less than three (3) Richmond people told us that we just HAD to go visit theHollywood Cemetery, where Jim Morrison is buried, because nowhere else will you see such an outstanding specimen of pastoral cemetery design. Of course we had no time to visit this ghoulish wasteland of cadavers, so we saw the next best thing: a monument to George Washington, located just outside the Virginia State House. This monument included a little door in the bottom to put Washington's corpse in, but then obviously Washington was too big to fit through it (he is at the top there). Plus he was already dead and buried up at Mount Vernon, so now they use the little hobbit-door for storing wine and ripe cheeses.

We also heard there was a nifty tunnel you could visit, wherein rests a train that was crushed when the tunnel collapsed a million years ago. The six people killed in the accident were removed, and historical re-enactors replaced their bodies with the exhumed bones of random dead people found around Richmond. (Ha ha that is a joke, do not come after us Richmond Tourism Authorities!)

The point is, look at these terrible dorks on Segways. Riding a Segway is a singularly humiliating experience, but hot damn once you get over how insanely queer you look it is the funnest thing in the world. In this sense it is basically like sex, but in public, with a helmet on.