40 days to save america Christianists christians are an oppressed minority pt where is your god now? rick perry rick scarborough separation of church and state? 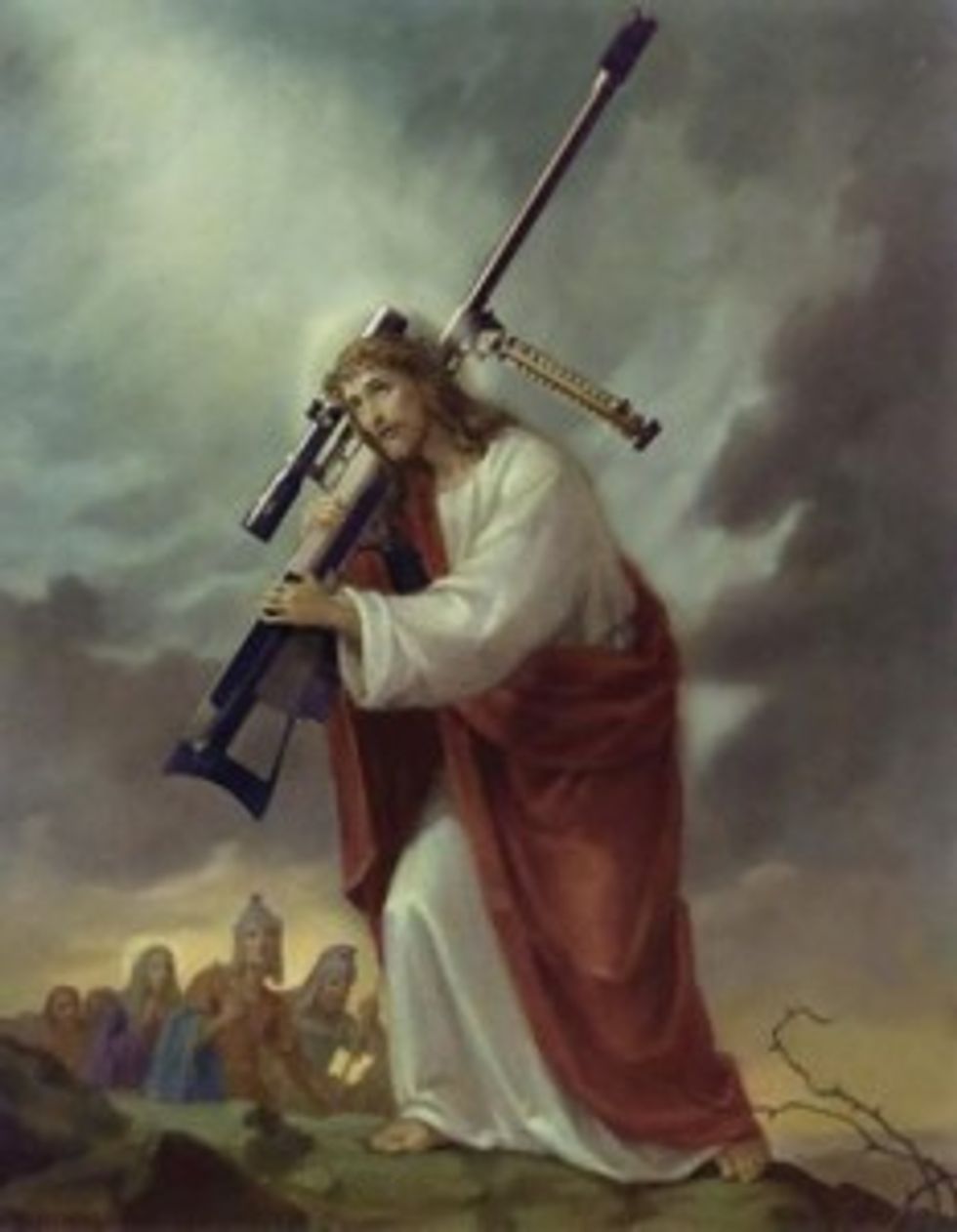 Dementedpill addict and mannequin afficionado Rick Perry, who is still Governor of the State of Texas for reasons that modern science cannot explain, would still like to be Commander in Chief of something, even if it's not the United States. In a teleconference with wingnut pastor Rick Scarborough, Perry called on "Christian warriors" to engage in "spiritual warfare" against that most Satanic of foes, the Constitution of the United States. Of course, Perry claims to like the Constitution a whole bunch; he thinks the real enemy is a "growing tide of secularism and atheism" that has spread the false notion that the establishment clause of that document somehow mandates "separation of church and state." Clear enough?

Gov. Perry spoke to Pastor Scarborough to promote "40 Days to Save America," a campaign of prayer and fasting which, while timed to coincide with this fall's election, is very definitely not political, because then it would not be tax-exempt. Scarborough, one of the participants in Perry's 2011 Jesuspalooza rally and the author of a book titled Liberalism Kills Kids, also hopes to save America with upcoming telechats with other non-political spiritual figures such as Michele Bachmann and Rick Santorum, who, like Perry, are elected Christianists who warn that Christianity has been wholly excluded from American political life.

In a rambling word salad of Dominionist talking points, Perry insisted that the separation of church and state is a myth "driven by the secularists to remove those people of faith from the public arena." In fact, he said, the Constitution is based upon "Judeo-Christian values" (a term coined in the 1820s, but never mind), and the notion of separation of church and state only arose in the 1960s, which is apparently when Thomas Jefferson lived. Perry also warned that an invisible demon is literally to blame for this state of affairs:

We have a biblical responsibility to be involved in the public arena proclaiming God’s truth. The idea that we should be sent to the sidelines I would suggest to you is very driven by those who are not truthful, Satan runs across the world with his doubt and with his untruths and what have you and one of the untruths out there is driven—is that people of faith should not be involved in the public arena.

Perry went on to explain the necessity of engaging in "spiritual warfare" to save America:

you think about this spiritual warfare that’s going on and [inaudible] going strong as President Obama and his cronies in Washington continue their efforts to remove any trace of religion from American life. It falls on us, we truly are Christian warriors, Christian soldiers, and for us as Americans to stand our ground and to firmly send a message to Washington that our nation is about more than just some secular laws.

Thank goodness for stand your ground laws, which will allow Christians to defend themselves from the hoodie-wearing Atheist In Chief with his Skittles of Oppression and his Iced Tea of Secularism! Rick Perry will save us from the Constitution, which is apparently just "some secular laws."