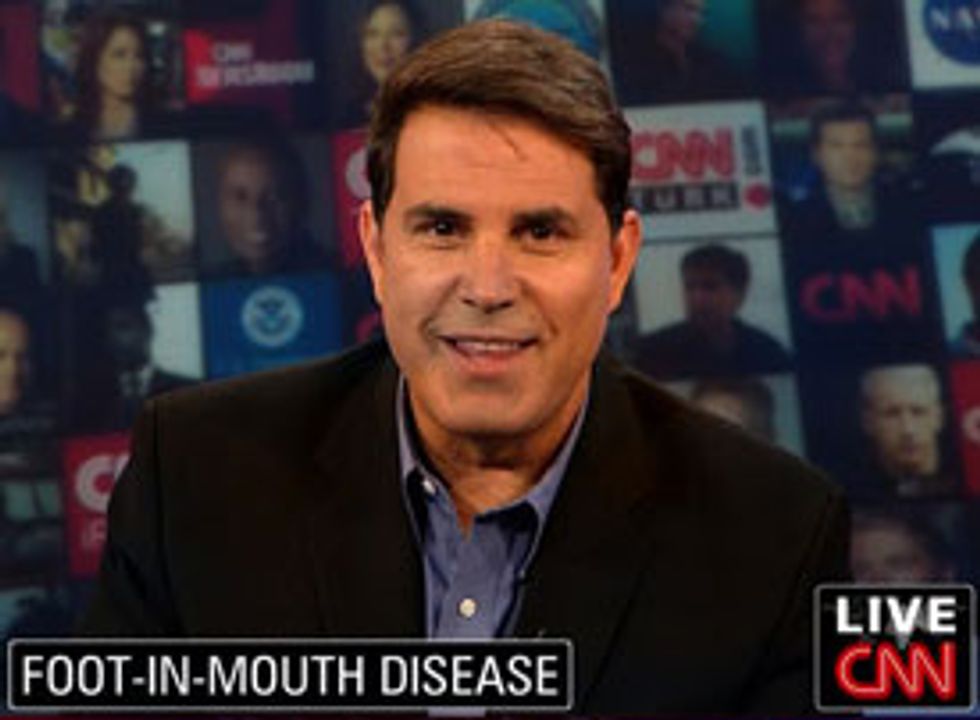 One day you're bringing home six figures from CNN, the next dayyou're unemployed and apologizing to the fucking Jews and trying to figure out how to get paid from Twitter. That is the complete Wikipedia entry for Rick Sanchez, the dumbest anchorman since Ron Burgundy. And now, for reasons we cannot even begin to fathom, Rick has hired a New York publicity firm to send emails to our former morning editor (a Jew) about Sanchez posting something banal on Huffington Post about something Rick saw in a Jewish publication.

If you're going to hire a publicist, maybe don't hire a publicist that will bizarrely send "story ideas" and interview pitches to a vicious political satire site that has published dozens and dozens of vicious attacks on Rick Sanchez, for being dumb.

But, who are we to decide how the big-money Republicans are supposed to spend their money? Anyway:

Can I interest you in looking further and even talking to Rick?

Perhaps it is not a big deal? You're not really selling the story here!

What follows this email is the text of something Rick Sanchez has posted to Huffington Post -- anyone can post anything to Huffington Post. It's about some dumb article in The Forward about some sleazebag somewhere who donates money to politicians like any sleazebag might do. That's it! Stay tuned for tomorrow's edition of "Rick's List," when Sanchez will leave weird comments on some kid's YouTube video of "Lego History" or whatever.

Anyway, we sent this to lazy Josh Fruhlinger (who is a few months late with his latest Cartoon Violence column!), and Josh wrote back, "Wait, Rick Sanchez is writing for the JEW-CONTROLLED MEDIA???? There's your story right there." And then we said, No, Rick Sanchez has simply linked to the Jew-Controlled Media. And then Josh was all, "That's gotta be the most depressing/unrewarding publicist job ever, trying to publicize Rick Sanchez's sad content-aggregation hobby."