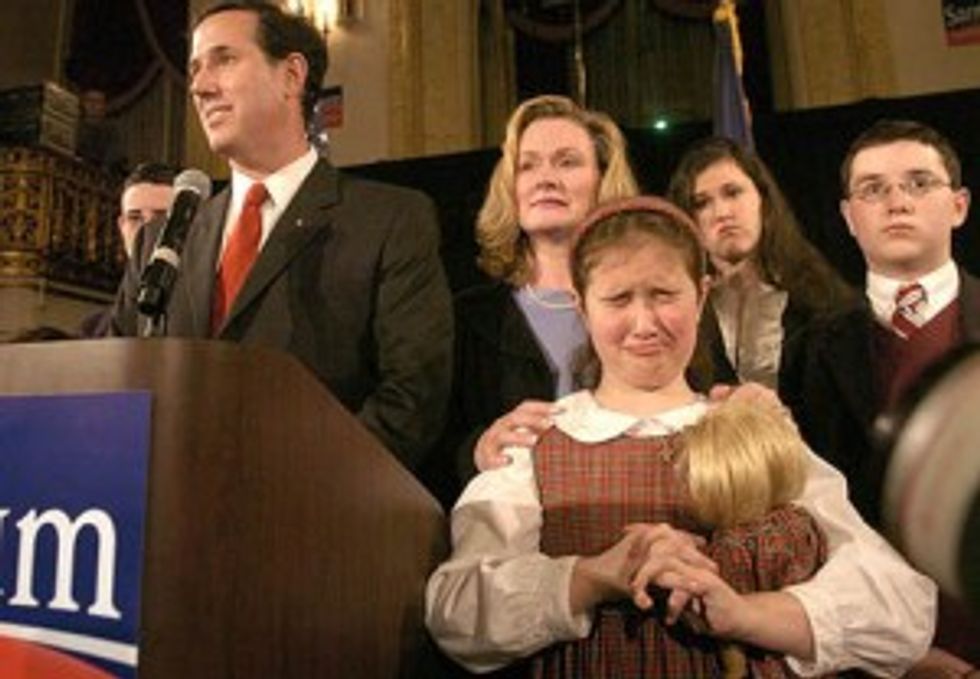 Iowa GOP caucus-goers may already know tragic loser Rick Santorum as a viciously anti-gay, anti-lady-rights sad sack of defective dildos, but do they know where he stands on that third portion that makes up the all-important trifecta of Republican qualifications for presidential nominee, racism? Do not WORRY, bitter white idiots (but still FEAR, always fear), our frothy fiend has sensed your concern and has this to say about welfare in response: "I don't want to make black people's lives better by giving them other people's money." Good to know! More money for all the poor white people who make up the majority of welfare recipients then, we guess?

Come on, it's just concern on Rick Santorum's part after all -- he just wants black people to be able to go to their designated black people jobs, in factories.

After suggesting that an expansion of Medicare is really just a plot to make voters more “dependent” on Washington, Santorum added: ”I don’t want to make black people’s lives better by giving them other people’s money.”

“I want to give them the opportunity to go out and earn their money and provide for themselves and their families,” he added. “The best way to do that is to get the manufacturing sector of the economy rolling.”

Anyway, ON THE LIGHTER SIDE, the manager at one branch of a Christian conservative-owned pizza chain in Iowa has now dubiously titled one of its menu items "Santorum salad" under the hilarious premise that this would make a human more inclined to eat such a thing (seriously, does Iowa not have Google?), which is somehow made even more awful/tragic/creepy because one of the pizza chain's evangelical nutjob founders spent time in prison for molesting his teenaged male employees, for Family Values. [RawStory/ TPM]