Rick Santorum Wants To Vomit All Over JFK, Because Of Religion 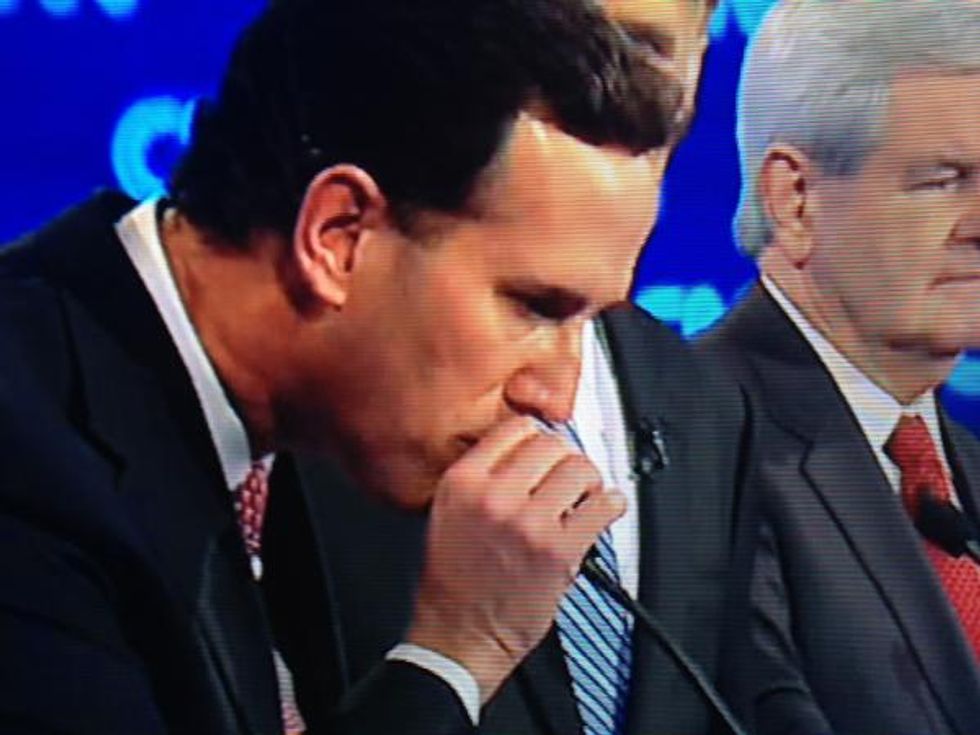 His Holiness the Pope of Pennsylvania Rick Santroum issed an edict this weekend excommunicating John F. Kennedy, the first fake Catholic president ever, to every layer of Hell for giving a speech 52 years ago in which he said, "I believe in an America where the separation of church and state is absolute." Santorum, if your puny god-hating minds can even comprehend this, does not care for the tenor of such remarks. This whole speech just makes Weird Rickwant to vomit in your face!

I believe in an America where the separation of church and state is absolute, where no Catholic prelate would tell the president (should he be Catholic) how to act, and no Protestant minister would tell his parishioners for whom to vote; where no church or church school is granted any public funds or political preference; and where no man is denied public office merely because his religion differs from the president who might appoint him or the people who might elect him.

I believe in an America that is officially neither Catholic, Protestant nor Jewish; where no public official either requests or accepts instructions on public policy from the Pope, the National Council of Churches or any other ecclesiastical source; where no religious body seeks to impose its will directly or indirectly upon the general populace or the public acts of its officials; and where religious liberty is so indivisible that an act against one church is treated as an act against all.

Let's call it a misread! And he's doing such a great job ignoring these hot-button social issues, isn't he?