Rick Santorum Will Fit In Fine At WND: Barack Obama Is Trying To Murder My Baby 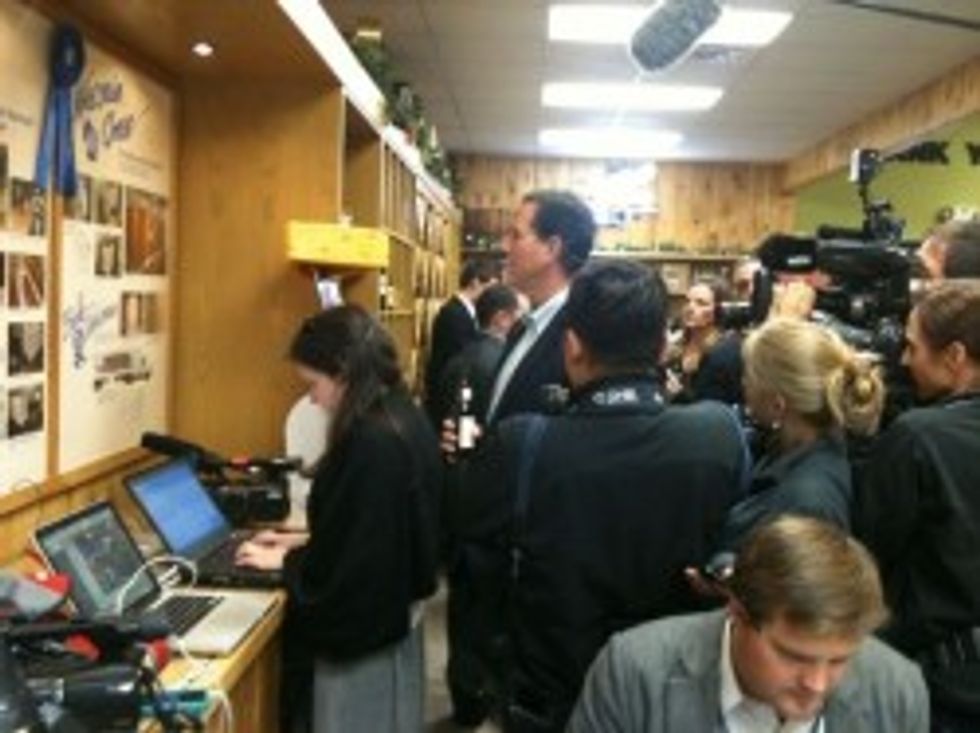 Hello, neighbor, have you heard theGood News? Smegma-spittled Rick Santorum has taken an exclusive writing gig with WND, the estimable journal of conservative thought that advocates executing journalists to protect the First Amendment. And in his very first column, Herr Doktor Santorum shows us the exact line one must travel to get from "crazy bitch" to "WND."

Oh, Rick Santorum starts out reasonably enough while explaining that we must never sign the UN Convention on the Rights of Persons With Disabilities. He engages with the actual arguments put forth by proponents of the treaty, instead of declaring that Barack Obama gay-married Islam. I mean, he is still pretty much lying in all his answers to those arguments, but he is engaging just the same! (It is a very low bar that conservative "thinkers" must clear.)

In the case of our 4-year-old daughter, Bella, who has Trisomy 18, a condition that the medical literature says is “incompatible with life,” would her “best interest” be that she be allowed to die? Some would undoubtedly say so.

So if the state, and not Karen and I, would have the final word on what is in the best interest of a child like Bella, what chance would a parent have to get appropriate care in the days of increasingly government-funded medical care?

Rick Santorum makes an excellent point: having government-funded medical care -- like Rick Santorum -- is the surest way to let Barack Obama sneak into your baby's room and strangle her with his big blah hands.

UPDATE: Oh yeah, we forgot. The GOP in the Senate killed the treaty today, because "sovereignty." Times that a UN proposal has destroyed American sovereignty: 0. Times that wingnuts have claimed a UN proposal would do so: infinity plus 1.