Rick Scott: Welfare Poors All On Drugs! And By All, He Means 2% 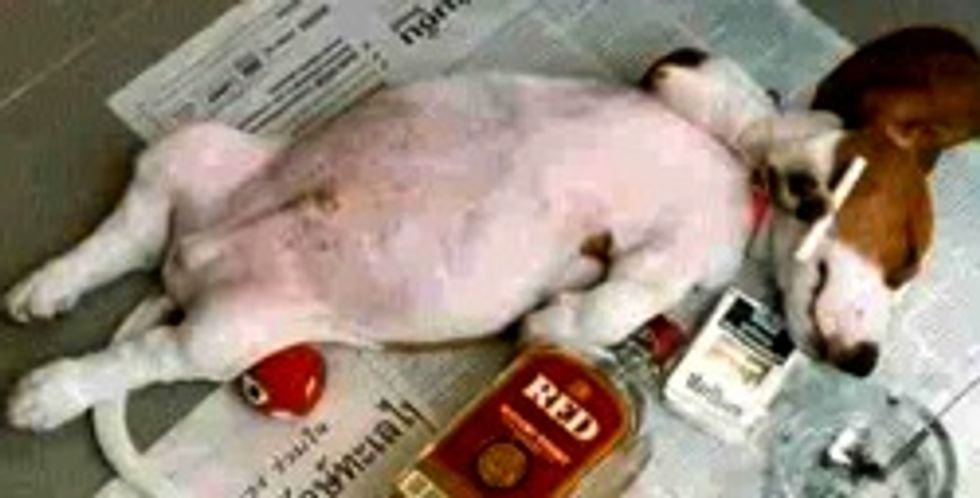 Those crazy Florida welfare princes! Always lining up for their fat government checks with dirty syringes dangling from their shriveled purple arms, right? Haha, wrong! Florida governor Rick Scott's incompetent proposal to save state money by requiring welfare recipients to pass a drug test hasturned up a rousing 2% positive result among those tested, which is 6.7% lower than the overall drug use rate in Florida. B-b-but poor people love drugs! No, Rick, fancy bankers love drugs, especially the expensive ones. Haven't you ever seen Wall Street? The average $134 welfare check from the state of Florida isn't even enough to maintain a glue-sniffing habit. So let's see, how much has this little experiment in stereotyping saved the state?

By the way: Florida, we are impressed! We would probably be snarfing hard drugs through our eyeballs faster than Michele Bachmann if we lived among the endless gray nebulae of crumbling strip malls, foreclosed homes and hardcore unemployment statistics strewn across large swaths of the state.

So far, they say, about 2 percent of applicants are failing the test; another 2 percent are not completing the application process, for reasons unspecified.

But since one failed test disqualifies an applicant for a full year's worth of benefits, the state could save $32,200-$48,200 annually on the applicants rejected in a single month.

Net savings to the state -- $3,400 to $8,200 annually on one month's worth of rejected applicants. Over 12 months, the money saved on all rejected applicants would add up to $40,800-$98,400 for the cash assistance program that state analysts have predicted will cost $178 million this fiscal year.

And even those useless savings -- $98,400 out of $178 million -- will be meaningless if and when the ACLU decides to sue the state. Hooray! [Tampa Bay Online]