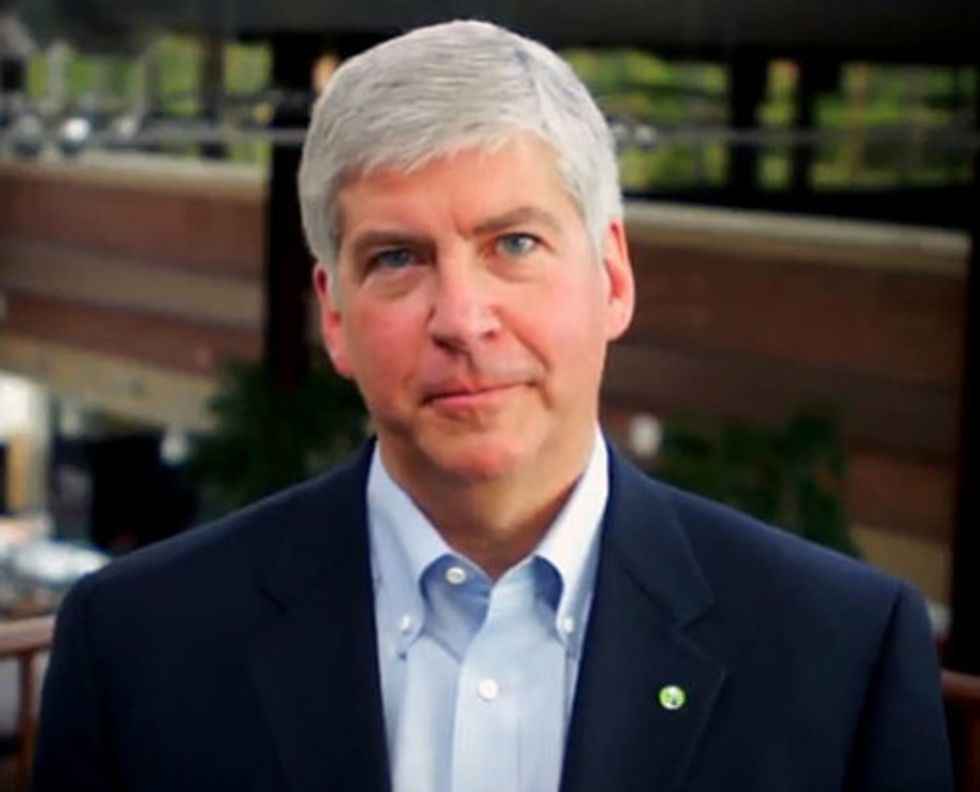 The much maligned Michigan Department of Environmental Quality took a lot of heat for its role in poisoning the non-state workers of Flint. Two officials could be looking at possible prison time for misconduct and tampering with evidence. If only Snyder had possessed the power to unilaterally usurp elected officials and appoint some sort of Emergency Manager to prevent this crisis in the first place? Oh well! Thus, after thoughtful deliberation, Governor Rick Snyder appointed Heidi Grether, current deputy director of the Michigan Agency for Energy, as interim MDEQ director Keith Creagh's replacement.

Who is this woman who will lead Michigan's primary agency for environmental protection and the stewardship of air and water resources?

Grether worked in external affairs for BP America from 1993 to 2012, where she was a lobbyist and manager heavily involved in the company's response to the 2010 Deepwater Horizon accident in the Gulf of Mexico, according to her LinkedIn page. Before that, she worked for Amoco Corp. as director of government affairs.

Why an accomplished corporate manager would tout her role in BP's comically evil response to the Deepwater spill is quite curious. Then again, why remove compromised lead water lines from Flint when you can appoint a former BP lobbyist as watchwoman for the next environmental disaster? Forward not backwards!

For Governor Snyder, it's all dead-end capitalism all the time. So maybe, with the approval of the Chamber of Commerce, he's just going with someone acutely aware of economic activity generated by oil spill response. Bet you hippies didn't think of that chromium-coated silver lining!

Also unknown -- the threats caused by Enbridge Energy's "Line 5," a large, 60 year-old pipeline off the Lake Michigan coast. According to the Detroit Free Press, there are "mounting concerns about the potential for a pipeline rupture and oil spill in the Straits of Mackinac." If a spill happens, maybe we can call it the When You Don't Vote In the Midterms disaster.

Won't somebody think of the children (that our robots are assaulting)?!

Might be put to better use watching cheesy movies, the worst we can find

And so it begins. The robots we have entrusted to protect our precious malls and parking lots are already searching out human weakness to exploit. First up? Toddlers.

A 300-pound security robot at at the Stanford (CA) Shopping Center knocked down and ran over a 16-month-old boy.

300-lb security robot? Hmmm that sounds familiar and maybe because we just discussed this stupid encroachment of automation just last week! At that time we only knew that Uber is using the $7 an hour Knightscope robots to avoid the drag of employing homo sapiens as security guards. We were unaware that it also knocked kids down and ran them over like it's no big deal. How did this happen?

When the Knightscope K5 senses trouble, it alerts local authorities—though it didn’t seem particularly concerned when it plowed into the toddler earlier this week. Little is known about the incident, but the robot’s sensors didn’t seem to detect Harwin [Teng, the toddler] — and that’s obviously a problem.

Yes there is a problem. Kids today are too soft. And what about the parents? Is 'Harwin' even a legitimate name? And why doesn't anyone talk about toddler on toddler crime?

For its part, Knightscope "corpsplained" that it's really sorry but this is the first toddler steamrolling incident in the company's brief history, noting that these security eggs have logged 35,000 hours like this is just acceptable collateral damage and the price we pay for progress.

Sorry Knightscope, if your Terminator Eggs are injuring a toddler every 35,000 hours, we don't believe that's a successful business model. Be better at obsoleting the American worker.