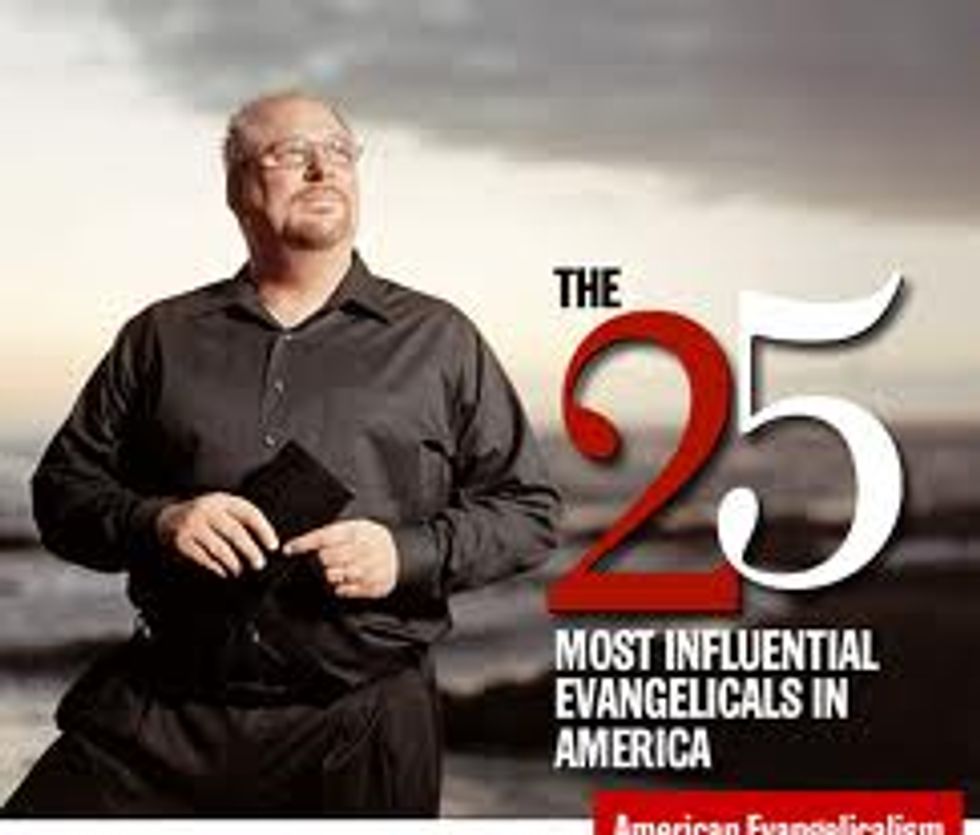 You would be forgiven for thinking that it would be FUCKING MORONIC for the Right to be all in an uproar because President Ignatius Q. Muslin uses the phrase"freedom of worship" sometimes instead of exclusively saying "freedom of religion." But have you really learned so little in all this time? Now Obama's onetime buddy Rick Warren, megachurch pastor and super cool dude, has joined the parade of Furious Wingnuts and their Ever Spitty Leader Rick Santorum in arguing that the president is ... well, Jesus Christ who even knows anymore.

[I]n the first place, there is a redefinition from freedom of religion to phrases — now you hear people talking about freedom of worship. That means it's limiting what the church does to only what happens in the one hour on Sunday morning as worship.

Well, that's the thanks Obama gets for showing up at Rick Warren's Orange County megachurch back in 2008 (we were there!) and for asking Warren to give the benediction at his inauguration. But did Rick Warren got this awesome and totally sound talking point from his ass? No, he got it from Rick Santorum, who never misses an opportunity to just stone cold be a dick, like so:

Here's the LA Times, explaining why this is fucking stupid:

One problem with this line of reasoning is that Obama has used the phrase "freedom of religion" on numerous occasions throughout his presidency. According to an article in Christianity Today, Bush used the term "freedom of worship" far more often than Obama, without incurring criticism.

Haha, that'll stop 'em, LA Times and "Christianity Today," if you are even real Christians which you obviously are not!!1! BURN HIM. [NewsMax;LATimes]