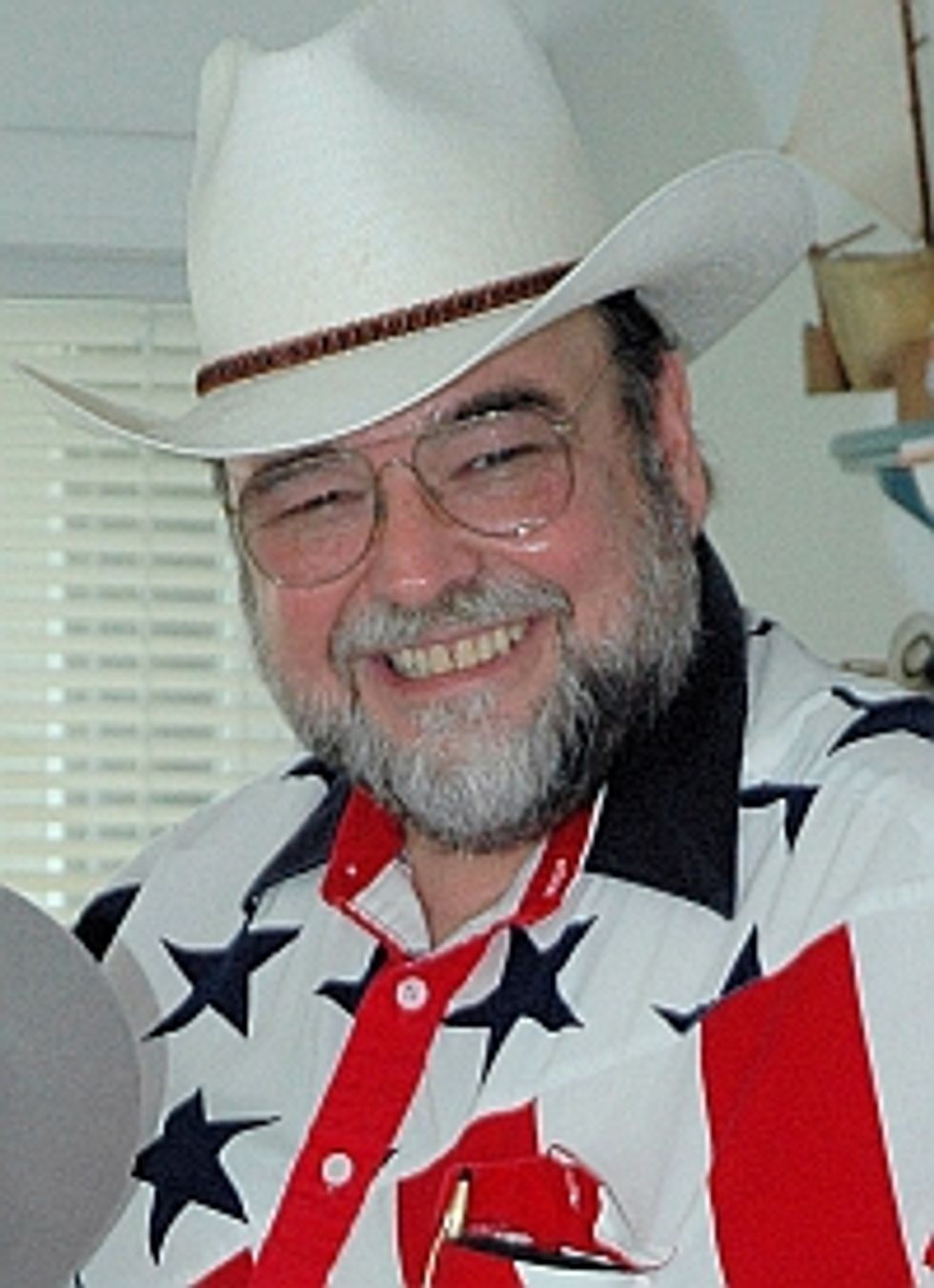 A former Baltimore cop, carpet installer and wingnut host of some web-only thing called "Liberty Works Radio Network" has been arrested for the shooting murder of his next-door neighbor, because the neighbor's dog allegedly wouldn't stay in its own yard.Charles "Pete" Richter (?), a 66-year-old ex-cop and failed candidate for Queen Anne's County sheriff known for painting swastikas on the cars of his political opponents, is accused of killing his neighbor on Maryland's Kent Island. Because of the dog.

Richter had been battling with all his neighbors forever, so it was inevitable that a dingbat violent failure of an ex-cop would eventually -- we mean, "allegedly" -- kill somebody. He also used to go around in a red-white-and-blue shirt while playing "anti-drug songs" on his guitar, and we are deeply sorry to have missed out on that. (But the black guys in prison for simple possession will probably really enjoy some cracker ex-cop performing such tunes in jail.)

Let's here from Charles "Pete" himself!

"We deserve better and I'm ready to implement and enforce positive adjustments. When you see me on the street or at an event with my guitar in tow, please come up and say hi and let me know what I can do as sheriff to help you feel more fairly treated and protected in Queen Anne's County.

"Remember friends: The Constitution was written to protect the citizens from the government. It's time for the people to stand up and be counted. I believe in God, I say Merry Christmas, and I will insure that every citizen's rights are protected. Illegals will be arrested and charged."

Anyway, that's your "local wingnut in the news" story for today. [Hometown Annapolis]