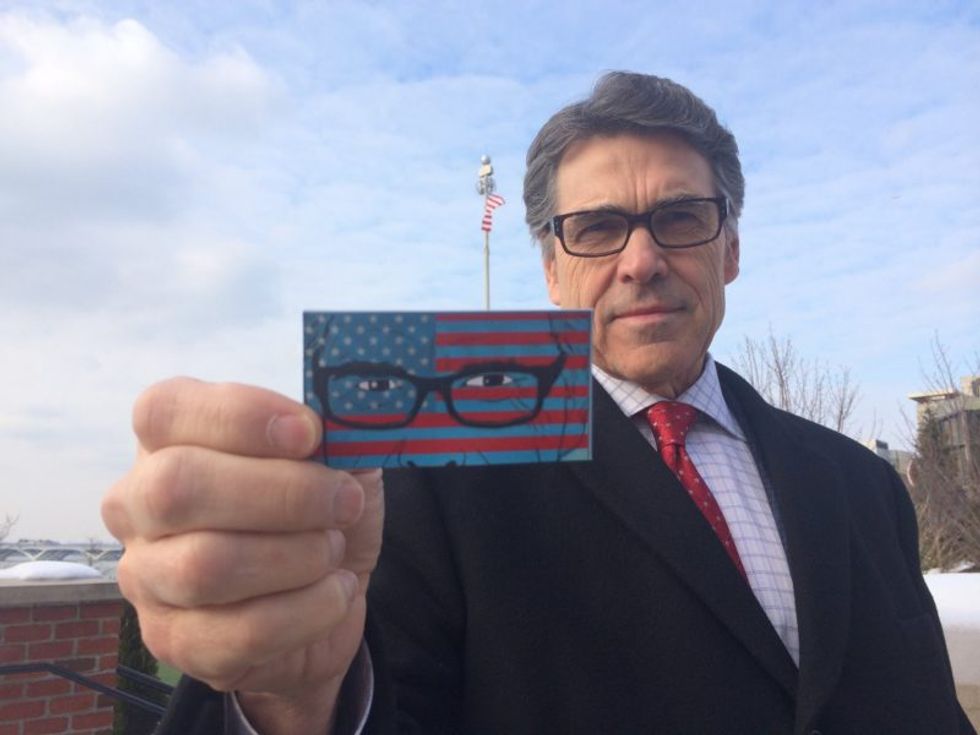 Yeah, we don't know what this is supposed to mean either

It is time, once more, as it is nearly every day these days, to observe the long-standing tradition, dating back to about a month ago, of pouring one out for Rick Perry's presidential campaign. He ran all out of money, you see, but in a fiscally conservative way, we are sure. (LOL, fiscal conservatism. See how it works so good?) And then he ran all out of paid staff in Iowa (first caucus state). And New Hampshire (first primary state). And now South Carolina (first 19th century state):

State chairman Katon Dawson, do you remember that guy? He's that loser whose name you might vaguely recall from his failed attempt in 2009 to oust Republican National Committee Chairman and Official Republican Black Person Michael Steele from the job. And after Dawson resigned from his whites-only country club and everything, to make his run against Steele look maybe not so overtly racisty!

Right. That guy. So, Dawson is trying hard not to say the actual words "RICK PERRY'S CAMPAIGN IS DEAD." Sure, he hasn't received a paycheck from Perry for "20 to 30 days," but he is graciously allowing what's left of Perry's sad troupe of volunteers to squat in his office space, at least until he gets sick of that, which, according to our most generous estimate, is about five minutes from now. Why? Because (a) obviously, duh, and (b) OBVIOUSLY, DUH!

Oh, plus South Carolina's State Republican Party Chairman Matt Moore said last week that "Rick Perry is on life support in South Carolina." So according to math, the family is gathered and psyching itself up to pull the plug right about now. Awww, sad. Also sad? Moore doubts Perry will be able to come up with the necessary scratch to get his name on the ballot, which is kind of an important thing to do if you want people to vote for you. And we reckon Rick Perry wants people to vote for him, although at this point, we can't be sure.

What we can be sure of is that while Rick Perry is not very popular up in Yankee territory, as the former governor of Texas and a good ol' boy who loves him some huntin' and some shootin' and some secession talkin' because YEE HAW Tenth Amendment, he kind of needs to get some votes in the first primary state in the South if he wants to continue pretending he is a candidate for president of the United States of Murika. Of course, to do that, he kind of needs to get his name on the ballot first. And of course to do that, he needs to not be all out of money. And to do that, it seems, he needs to not be Rick Perry.