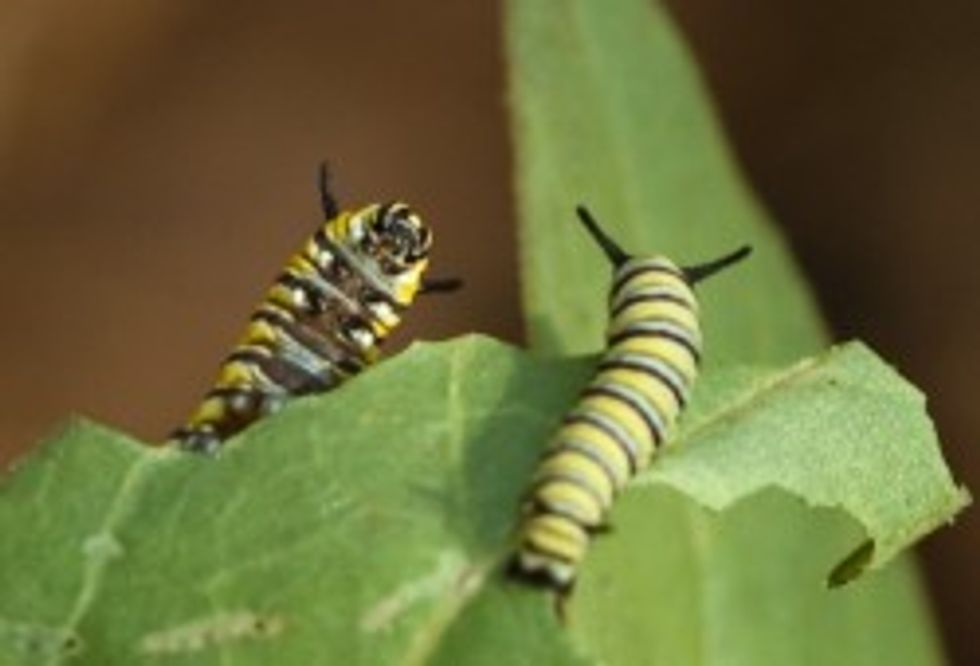 The war on women -- is it real? Do elected people (some of them women) really want women to be declared as pregnant when all they really have isCRAMPS? Or is it all for the woman's "SAFETY," i.e. make sure they aren't abused coming out of an abortion clinic by maybe not letting them go to one in the first place? This and other important questions were answered in a highbrow Bloomberg Television discussion featuring Republican National Committee Chairman Reince Priebus over the weekend. And the important conclusion is that Reince believes that if the Democrats decided that caterpillars -- common pests, sometimes stinging, sometimes furry, sometimes booger-like in appearance -- were being victimized -- probed, prodded, given a souvenir picture they don't really want, told they are somehow pregnant from sex they will have in two weeks due to a strange glitch found in the time-space continuum -- then the liberal media would similarly declare there to be a WAR ON CATERPILLARS! True or false?

The difference here is that we are hearing from the source itself, women, and they are not pleased! Whereas WMDs could not speak, because they did not exist, for one! Anyway, Priebus did say that if the Republicans would just "focus on the economy" like other sane people, they could "win back" some women, and the war would be over, Happy Xmas. BUT FIRST. It is very important that we pass legislation requiring a woman to stick a camera up her hoo-ha as soon as she thinks of a penis. For her safety. [Bloomberg News]