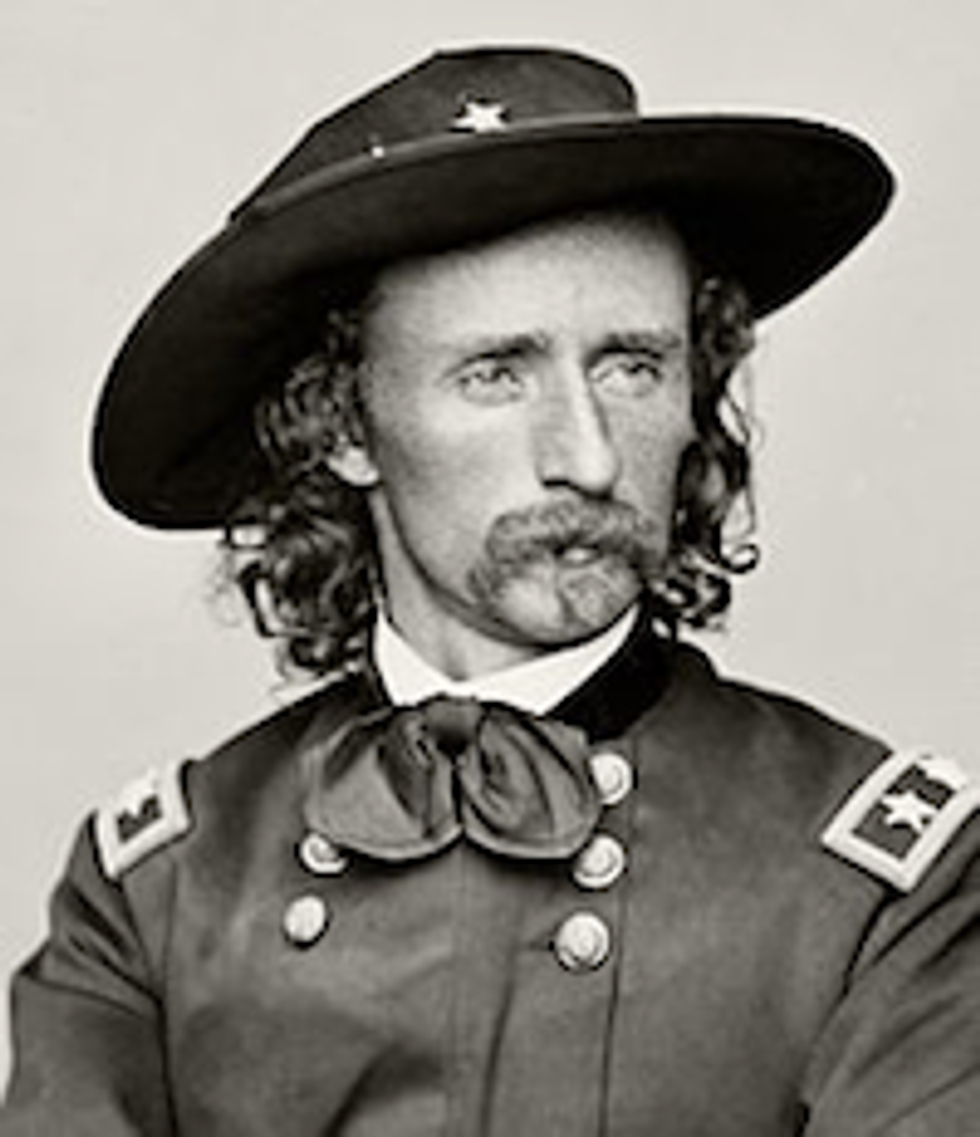 Today is Wonkette Manifest Destiny history day! Well, there was this General Custer once who got himself and all his men killed after killing a ton of Indians himself. New Mexico GOP lobbyist and prominent local RNC official Pat Rogers remembers this well. It sears his every moment of consciousness. And he isabsolutely furious that New Mexico Gov. Susana Martinez agreed to meet with American Indians. "The state is going to hell,” Rogers wrote in an email. “Col. Weh [Martinez's 2010 primary opponent] would not have dishonored Col. Custer in this manner.” Uhhh...

Rogers made the Custer-friendly statement in an e-mail obtained by ProgressNow New Mexico, a liberal advocacy organization that is urging his exit from the RNC. Organizers with the group say his writing was a “tactless and bigoted statement.”

“The state is going to hell,” Rogers wrote in part of the e-mail. “Col. [Allen] Weh would not have dishonored Col. Custer in this manner.” Weh was a Republican candidate for governor of New Mexico in 2010 who ran against Martinez.

The e-mail was sent following a meeting in June between Martinez and the state’s tribes, according to ProgressNow. It was directed to senior members of the governor’s administration. The governor’s office has not responded to requests for comment.

“George Armstrong Custer may be regarded as a kind of military hero by Pat Rogers, but to the Native peoples of America Custer represents the bellicose imperialism that was responsible for the systematic slaughter of American Indians throughout this continent,” according to an e-mail being circulated by ProgressNow.

Rogers is being faced with calls for dismissal from his RNC duties. And that, friends, is the biggest insult to Gen. Custer of all.