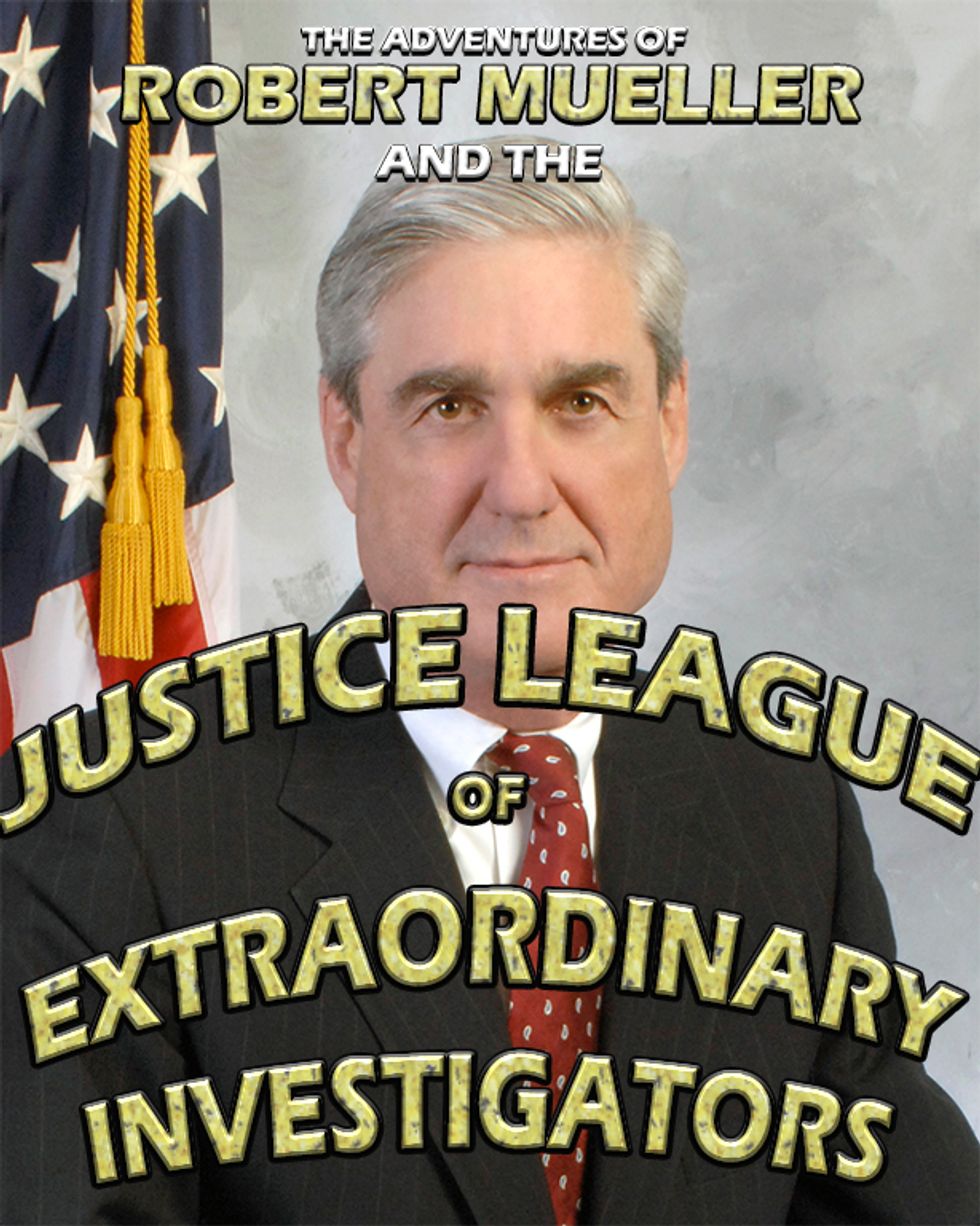 Trump went on a shitposting tweetstorm all day Sunday, taking direct aim at Robert Mueller, who has been closing in on Trump's inner circle in recent weeks. In a rather surprising turn of events, a number of Republicans have come out in Mueller's defense.

There's new speculation about whether Jeff Sessions lied about Russian fuckery as several witnesses have reportedly told congressional committees and Robert Mueller that, contrary to Sessions's testimony, Sessions didn't "push back" on George Papadopoulos's suggestion they all meet with Putin, during the Trump foreign policy team's infamous March 2016 meeting.

The pro-Trump data firm Cambridge Analytica is under fire in the US and the UK after a story in the NYTimes detailed the theft of private information on 50 million Facebook users in order to pinpoint and brainwash potential voters. Cambridge is denying the claims as politicians scream for the head of Mark Zuckerberg.

The silencing of Stormy Daniels began in 2011; now Trump is trying to take the case to federal courts with Gawker-killing lawyer Charles Harder.

WaPo's Ruth Marcus got her hands on a draft NDA Trump's made his White House staff sign in order to keep them from talking about his filthy poop mouth, and she opines that it's a laughably unenforceable and unconstitutional piece of two-sided dead tree flesh.

John McEntee might be coming back to Trump's White House in some unannounced role despite being "You're Fired." Most notable is John Kelly grumbling about McEntee being shat upon by the lamestream media.

Republicans really screwed up the Trump tax cuts (for the super rich) and now they're quietly begging Democrats to help them fix "the grain glitch," a piece of the law that could cause farmers to swing in favor of Democrats.

Trump's trade war is likely to wither and die on the floor of Congress as a vast, bipartisan majority (and an army of lobbyists) really don't want to piss off the EU, or nuke the WTO, while Trump bumbles his way through laws governing international trade.

As we approach the fiscal cliff (again), another omnibus spending bill is expected to drop today, and it's full of all the sweet, sweet pork you've come to expect. Will the Trump Shutdown be a trilogy? [Archive]

Senate Foreign Relations chair Bob Corker went on Face the Nation to say that Trump is probably going to bail on the Iranian nuclear deal. The best at deals, folks. [Transcript]

The Republican ban on saying "climate change" has spread to FEMA as the organization has dropped the words from its strategic planning documents in favor of "rising natural hazard risks," and, "increased investments in pre-disaster mitigation."

Not America is just going to have to wait longer for American diplomats now that the State Department has been gutted, beheaded, and left to rot.

Robert Redfield, a former advisor to NIH and HIV/AIDS expert at the University of Maryland Medical Center, is being vetted to head the CDC. You may remember the last person was quit-fired for trading tobacco, food and drug stocks while in office.

Trump and his team are headed to New Hampshire to fend off potential 2020 primary challengers from taking advantage of his sagging poll numbers in the "drug-infested den."

Brian Ellison is the Libertarian whack-job running for Senate in Michigan on a plan to arm the homeless. He's also crowdsourcing cash to buy shotguns for homeless folks. It's kind of like that B-movie "Hobo with a Shotgun," except real.

Florida Man Marco Rubio wants to kill Daylight Saving Time after the Florida state legislature rammed through a similar bill to help butthurt farmers and fitness gurus from fucking up their schedules. Suck it, ya clock punching bureaucrats!

A bill to denounce neo-Nazis and white nationalists in Tennessee's state legislature didn't even make it out of committee, and suffered a pathetic death in legislative hell. Guess them good ol' boys didn't think white people be terroristing.

Putin "won" another six-year term as Russia's dictator president, and nobody from the West has called to congratulate him (yet).

In response to the UK kicking out a bunch of Russian spies diplomats, Russia has kicked out 23 martini-drinking UK diplomats.

Telecom companies are desperate to push 5g cellular technology; they're hoping to kneecap local legislators worried about the effects of more wireless antennae so close to homes.

Jim Carrey has been painting some interesting political cartoons that are sure to piss off right-wing apologists.

Here's some nice time on the multinational repair team working behind the scenes to keep paralympians moving on their quest for the gold.

We're 100% ad-free and reader-supported, and we love gay bunnies!