In the final installment of a rather bizarre turn of events, last week the Ninth Circuit vacated the conviction of a Montana man who had destroyed government property and polluted streams and wetlands, in violation of the Clean Water Act. But in doing so, they just might have saved the Clean Water Act for the rest of us.

In 2016, Joseph Robertson was convicted of polluting US waters and destroying government property for building illegal ponds and ditches. He claimed that he built them to help fight fires. Robertson was sentenced to 18 months in prison and fined $130,000.

At first glance, that sounds like a pretty harsh penalty for digging some ditches. But let's look at the details -- and also remember that Robertson was a 77-year old military veteran. Convicted, by a Montana jury, of violating nanny state environmental laws. In Montana.

For almost 10 years, Robertson had been digging illegal trenches and ponds on protected National Forest property and adjacent private property (that didn't belong to him). Robertson was given several citations and told to stop what he was doing until he could get a permit. At one point, Robertson was placed on probation for misdemeanor violations of United States Forest Service regulations. But that didn't stop him. At sentencing, the judge noted that Robertson had "utterly ignored his legal obligations[.]"

And how big were these ponds and trenches? Well, big. These weren't a couple of holes that someone dug using a shovel, as a "hobby" to blow off steam. In fact, Robertson had used an excavator to complete his work. You know, something like this: 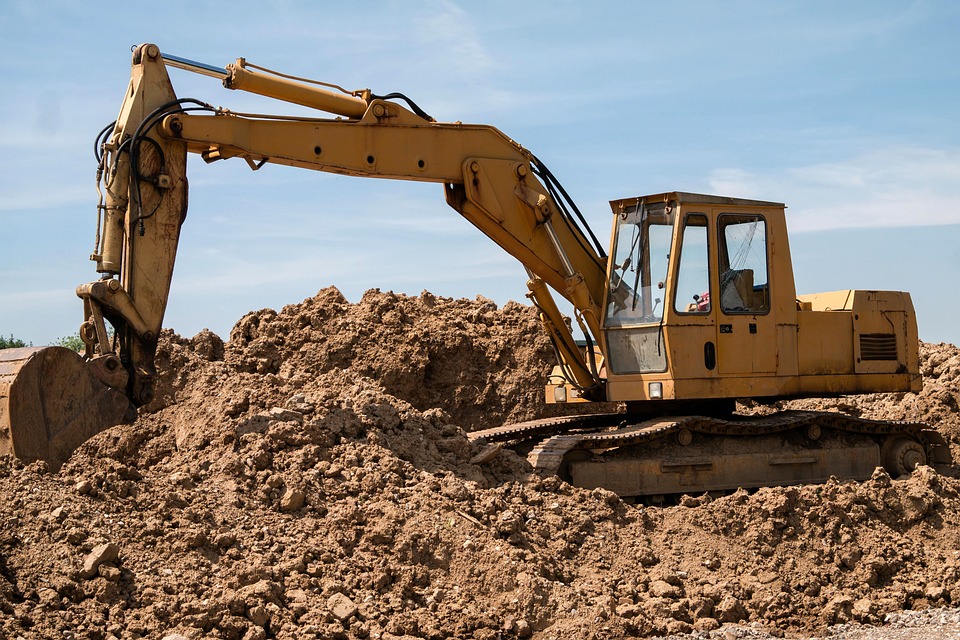 Here's what government officials found when they visited the site in 2014:

The site was now approximately 1.2 acres in size, and extended beyond the National Forest property to a private property that he did not own. The work consisted of nine ponds of varying sizes, including some as large as approximately 4900 square feet that were placed directly in the stream and wetlands area. Unconsolidated dredged material from the ponds had been used to create the berms and had been placed in and around the stream and wetlands. Robertson admitted that he had completed the additional work.

Did Robertson stop his work after that 2014 visit? Of course not. "Additional investigation revealed that Robertson continued to construct ponds on the USFS property after May of 2014, despite being told repeatedly that he had no legal right to do so."

And what happened to all of the dirt and rocks and garbage that Robertson moved out of the way to build his trenches? Oh, he just threw that into a stream that eventually connects to the Jefferson River. No biggie.

Although the right-wing coverage of Robertson's conviction implies or outright states that the construction was on his own property, a review of court records shows that this is false, so there is a gigantic surprise. Robertson's convictions were for damage he did to US Forest Service Property and private property he did not own.

Robertson never denied doing the damage to federal land and waters. Rather, his entire defense, like that of many old white men, was that federal law doesn't apply to him.

Robertson was represented by the Pacific Legal Foundation (PLF), which bills itself as "the first public interest law firm dedicated to the principles of individual rights and limited government." In practice, this means fighting against basically every environmental law it can find, from the Clean Water Act and Clean Air Act to the Endangered Species Act.

PLF just had to jump in to protect poor Mr. Robertson, Montana juries being known the world over for their love of sending septuagenarian veterans to prison for violating environmental laws.

Robertson served his sentence and continued his appeals. The Ninth Circuit upheld his conviction, but Robertson passed away while his cert petition to the Supreme Court was pending. The Supreme Court vacated the lower court opinion and sent the case back to the lower courts, which is normal practice when a convicted petitioner has died.

In an unpublished, two-sentence opinion, the Ninth Circuit vacated Robertson's conviction and ordered the government to return the $1,250 already paid in restitution to Robertson's widow. That part is not typical. A criminal dying doesn't mean that his victim (in this case, the US government) isn't entitled to restitution. But by doing this, the Ninth Circuit may have, at least temporarily, helped Clean Water Act enforcement survive to live another day.

If the Ninth Circuit hadn't ordered the return of that money to Mrs. Robertson, PLF would have been able to try to get the Supreme Court to grant cert and potentially gut the Clean Water Act, which was PLF's main goal all along. In its cert petition, PLF had argued that the Court "should take this opportunity to correct the confusion in overbroad interpretations of the Clean Water Act, which have led to unjust prosecutions and federal intrusions into both state authority and individual liberty." And in case you were wondering just how batshit all of this is, our friends at Judicial Watch also jumped in to support PLF's attempts at getting rid of clean water protections.

Because there was no written opinion, we can't know exactly why the Ninth Circuit decided to return the restitution money to Mrs. Robertson. But it's very possible the panel just decided $1,250 wasn't worth giving the Supreme Court the opportunity to kill clean water protections. At the end of the day, Mrs. Robertson is getting her money back and the rest of us are, at least for now, getting clean water.

It's 2019 and we'll take our wins wherever we can find them. Viva the Clean Water Act!

Wonkette is ad-free and supported ONLY by YOU! Please send money to fund our Montana (and Boise, and Memphis, and Chicago, and Baltimore, and West Virginia, and Portland, and Anchorage) lifestyle!