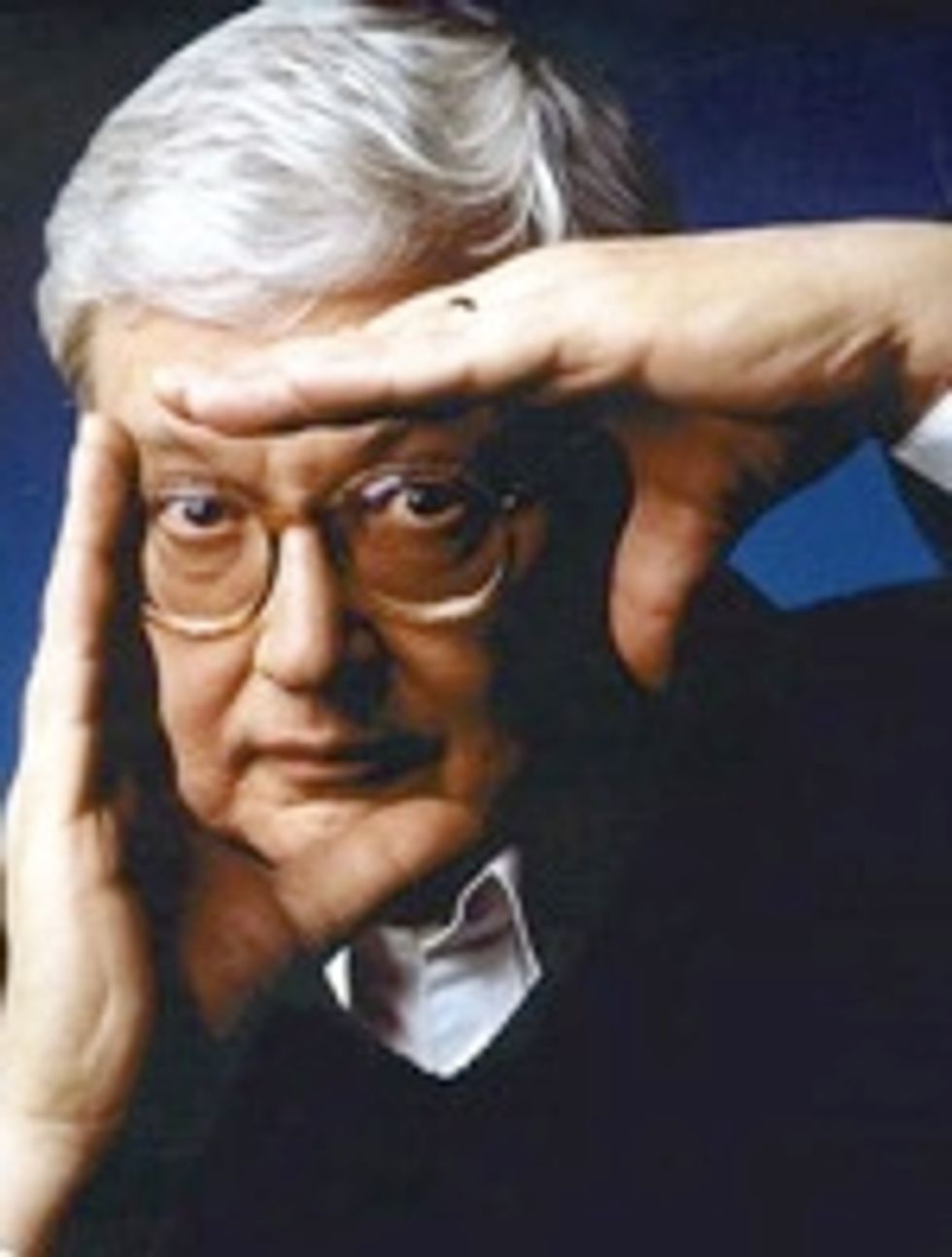 At some point in recent Internet history, the ChicagoSun-Times gave its famous film critic Roger Ebert a film blog, to write about film. Well fuck film! Now he just writes hilarious geopolitical rants next to pictures of triangles and octagons, like all bloggers.

Here's a sample; just skim through the proper nouns to get the gist (this is really the only way to "read" political writing anymore):

The Amish can grow their own food and heat their own homes and feed their own horses, and where does that leave us? Many of my readers right now are living in the middle of vast urban areas, 50 miles from farmland One partner has been laid off, the other fears the same. There are children and mortgage payments. What will they do on the level of survival? I've been reading a memoir by Larry Woiwode, who farms his own land in North Dakota and may not have foreseen disaster but seems prepared to deal with it.

How will my family fare? Yes, we've earned some nice money in our careers. But I have found that nothing cures wealth like illness. Few people in this country can afford to get seriously ill, and many cannot afford to take a single day off from their job--or jobs. Under Bush we doubled our national debt in only eight years. Now the experts say Obama will have no choice but to increase it even further, with "bailouts" of an increasingly leaky ship. That means spending money we do not have--printing it, in the final analysis. That leads to inflation. Inflation leads to legends of fortunes in pre-war Germany reduced to worthless paper, of people trading shopping bags full of banknotes for a loaf of bread. What does money mean when it is backed only by debt?

What if war in the Middle East cuts off oil, even if OPEC wants to sell it? What if the shipping lanes are blocked? What will happen then? Less developed countries may paradoxically be better off. The closer to the land and to subsistence a family lives, the better-equipped it is to survive. The unemployed family in the middle of a city will have savings, unemployment insurance, maybe government and private assistance of various kinds, and may be able to just get by, but how long will that last? Everybody can't move in with the relatives. Some people have to be the relatives.

And then George Clooney blew up the Saudi prince's motorcade, bringing a satisfying end to Pirates of the Caribbean 3, a legal thriller narrated by Morgan Freeman. It's true.

Ha ha what the hell Ebert! He goes on and on like this for much longer. ("I googled 'power blackout Oahu' and found only 17,000 hits. If you know anything about Google, you know this was a freak weather occurrence.") Amazing. RSS subscription, check. OMG Roger stop engaging the commenters!