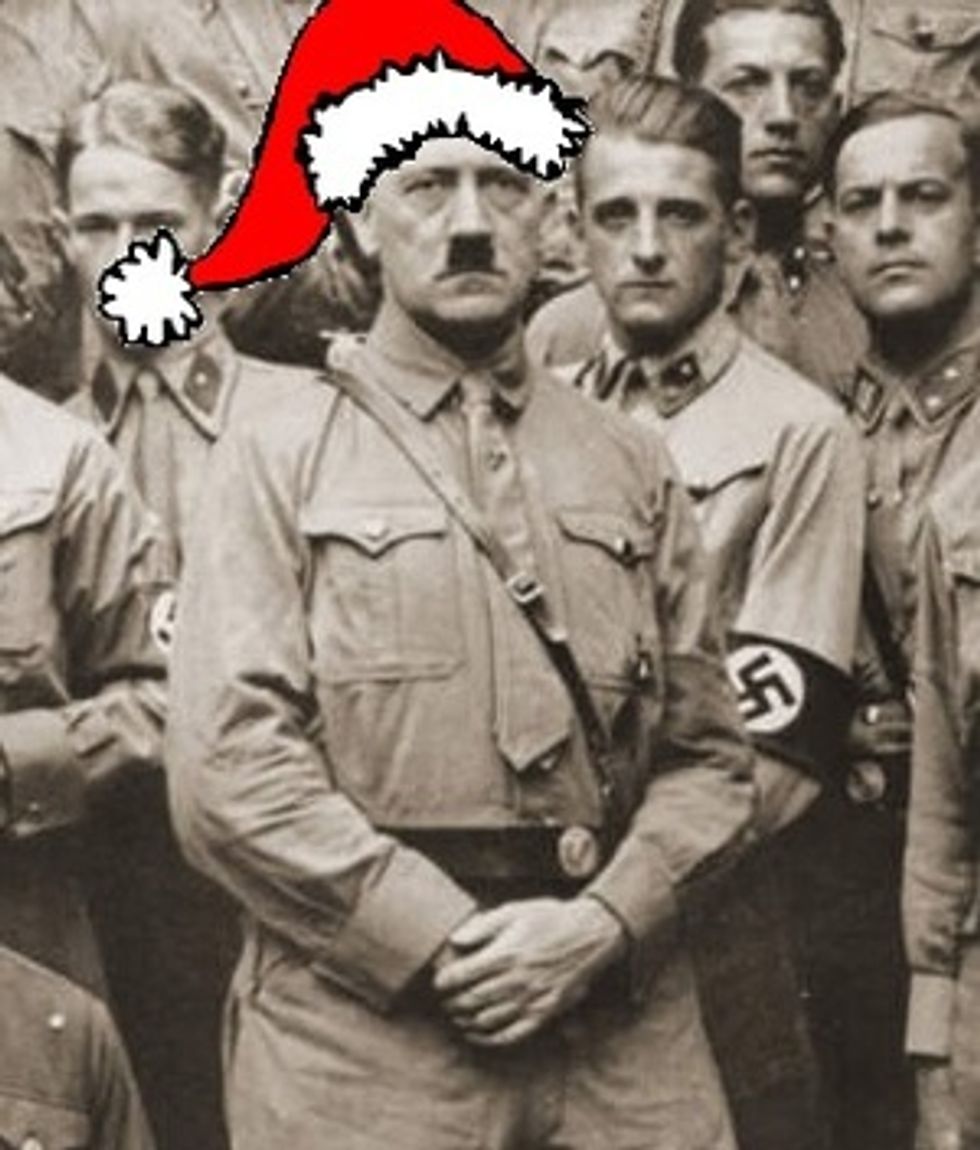 Now that we've all spent a whole week arguing over whetherSanta is white and if saying Michelle Obama looked pissed is racist, we bring you news of a delightful Romanian television holiday special that "indirectly" glorified the Holocaust by saying Jews should go back up the chimney, just like Good St. Nick, except -- here's the clever presto changeo, you guys -- "as smoke"! Hahahaha, good one, Romanian television! Oh you fun-loving cards! Oddly, some advocacy groups are "outraged" by the "holiday carol" that just wants Jews to burn up and die, like learn to take a joke, Jews, pfft!

So let us have a look at Romanian television's touching and joyful Christmas sentiment:

In the broadcast, a choir was shown singing a Christmas song that indirectly glorifies the Holocaust. The song, which rhymes and uses the word "jidovi," a pejorative word for a Jew, includes the lyrics, "only in the chimney as smoke, this is what the 'jidov' is good for."

Why so sensitive? The song says Jews are "good" for something!

At any rate, we think we can all agree that wishing the Jews would go up the chimney "as smoke" is not racist, and you are the real racist for getting your payos in a twist about it, like, stop Warring on Christmas by whining about how you do not like burning up in ovens, Jews!

And remember: Jesus is the reason for the Season.