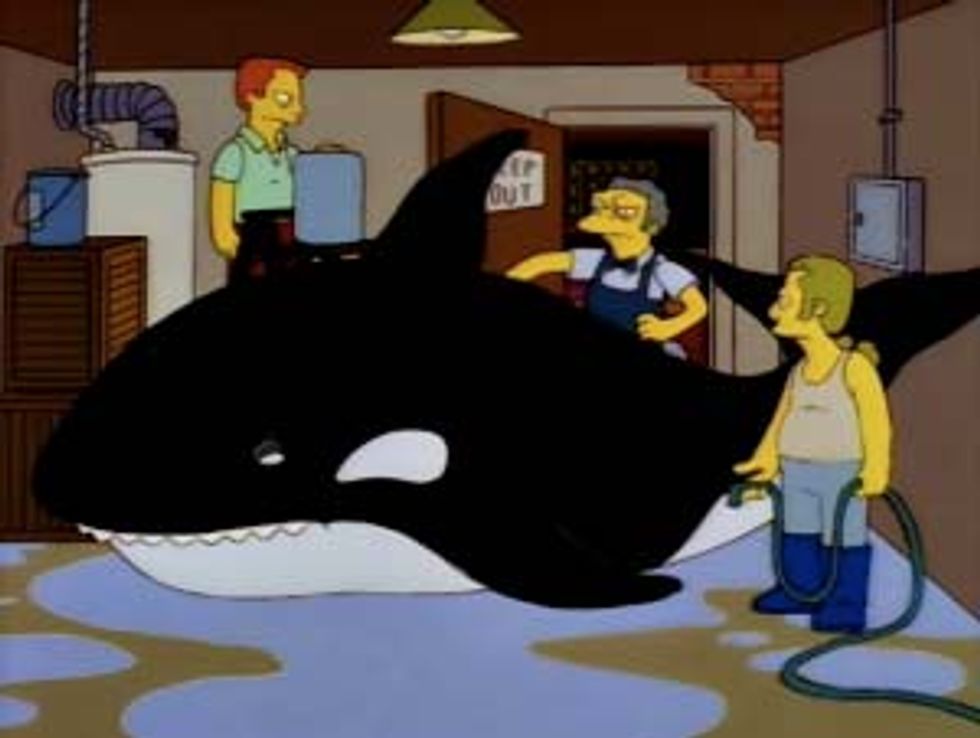 You can find just about anywhere on the Internet right now important stories about how Team Obama used a bunch of high-tech gee-whiz computer business to analyze huge amounts of data on voters and contributors and get them out to the polls, both in 2008 and 2012. Well, the Republican establishment wasn't about to take that lying down! No, they designed their own high-tech thingie called "Project ORCA," which did not work, just like all the other aspects of the Romney campaign that didn't work on election day. Let's get the secret inside scoop!

John Ekdahl is a blogger over at the conservative Ace of Spades, and is also a web developer guy, and seems reasonably clear-eyed about technology and organizational stuff, so you should go and enjoy his blow-by-blow of everything that went wrong with Project ORCA on election day. Project ORCA was basically a coordinating system for volunteer poll watchers, and before you liberals get yer panties all knotted up, by "poll watchers" we mean not people trying to suppress the vote, but people who hang out at the polls trying to make sure everyone in the campaign's database who said they'd vote actually voted, and reporting back if they didn't, so the campaign can call them to get them to come out. The Obama campaign did this very well, this year and in '08, so naturally the Romney people wanted to replicate it. Turns out they ... didn't? Here's a summary of Ekdahl's gripes:

Ekdahl also includes this delicious screenshot from the packet, and speculates that this is where the "pick up your fucking certificate" checkbox should have been. But at least everyone had chairs! Did you make sure to bring a chair, to sit in?

Brietbart also has a legitimately great and mean article with a fantastic headline about this debacle, which features extra details, like the fact that volunteers were all given the wrong PIN for the ORCA app, and then the system that was supposed to reset their PINs didn't work, so somebody did it manually, and then their PINs still didn't work.

If you want some real fun (and we assume you do), check out this chipper, optimistic video from PBS in which a Romney staffer explains how great Project ORCA is going to be, on November 5.

Anyway, this seems like it was quite the fuckup! The fact that the Romney campaign spent more than $100 million on services from political consulting firms close to his senior staff -- services that we imagine were not vetted through a rigorous contracting process -- couldn't have anything to do with this and other failures, could it? Thank goodness the Republicans nominated a savvy businessman with so much private sector management experience to run this thing. Just imagine how badly it would've gone under the direction of some hippie community organizer! [Ace of Spades/Breitbart]