Romney's Tax Rate Is About the Same As Congress's Approval Rating 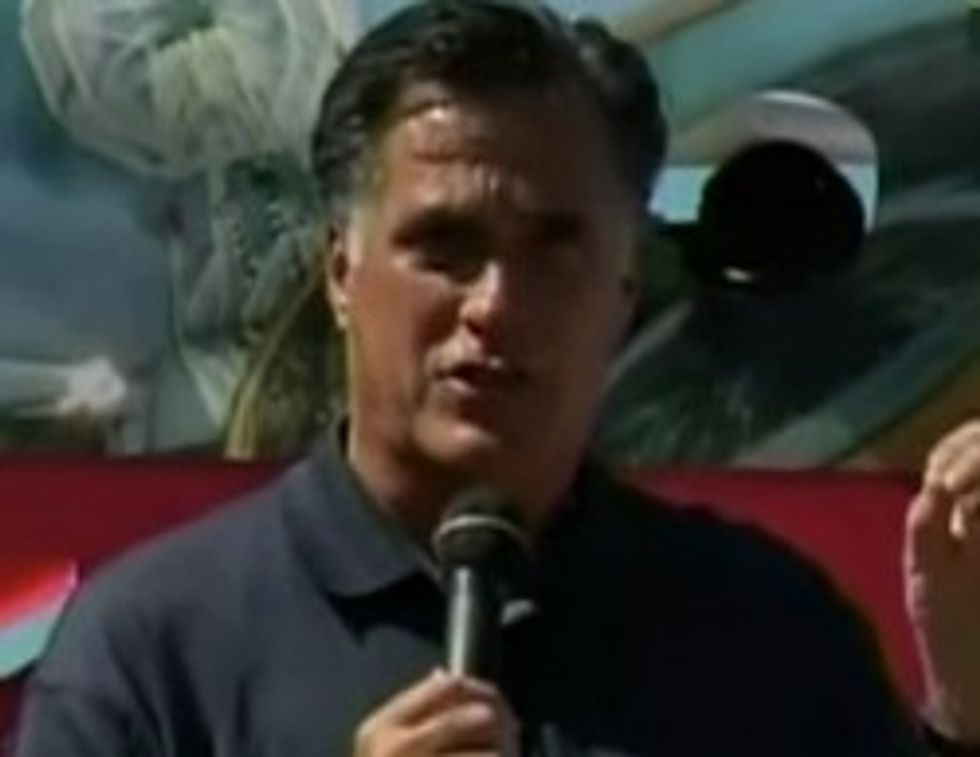 During a campaign stop in Florence, SC Tuesday, fresh off yet another night of news articles called "Focus Is On Romney at ______ Debate," Mitt Romney told reporters that he believes his current tax rate is 15 percent. Yeah, that's right, lower than what most middle class Americans pay annually and two percent higher than the current record-low approval rating of Congress. The reason? Why, vulture capitalism, of course: most of Romney's income is from his investments in the smelly carcasses of former companies. As he's proudly told reporters, he's been "unemployed" since he left the Massachusetts governor's office in 2007, meaning all of his income is coming from ancient investments, which is typically part of the deal when you are paid to "turn around" a company.

A legal loophole means that Romney was once taxed at a high/normal rate for the fees he charged at Bain Capital, but a large part of his earnings from his career there are from his investments in the companies, i.e. "carried interest," which are taxed as if they are capital gains. It's something that Democrats in recent years have tried to get rid of several times. Explains The Atlantic:

Managers of private equity firms like Romney are often paid under an arrangement in which they receive both a set fee for their management, as well as a share of the profits that the firm makes for investors. While their management fees are taxed at normal income tax rates, the share of investor gains that go to a private equity manager (called "carried interest") are treated as capital gains, and thus taxed at a top rate of 15 percent.

Bloomberg reporter Julie Davis has Romney confirming this morning that his tax rate is "probably close to 15%."

Of course, under the candidate's tax plan, nothing about this lovely arrangement would likely change. Romney and many other Republicans believe that a lower capital gains tax stimulates the economy by encouraging investment. But who exactly is benefiting from Romney's gains? Oh, that unemployed volunteer that he threw some money at the other day? The Democratic argument tends to be: people like Romney shouldn't make absurd profits from "managing someone else's money" rather than actually taking risks.

But Romney would peg himself as a big risk-taker. Someone who plays "We Are The Champions" at a campaign rally despite the fact that he hasn't even become champion of anything yet. And lest we forget the worst part of the "corporations are people" comment is really what came after it: