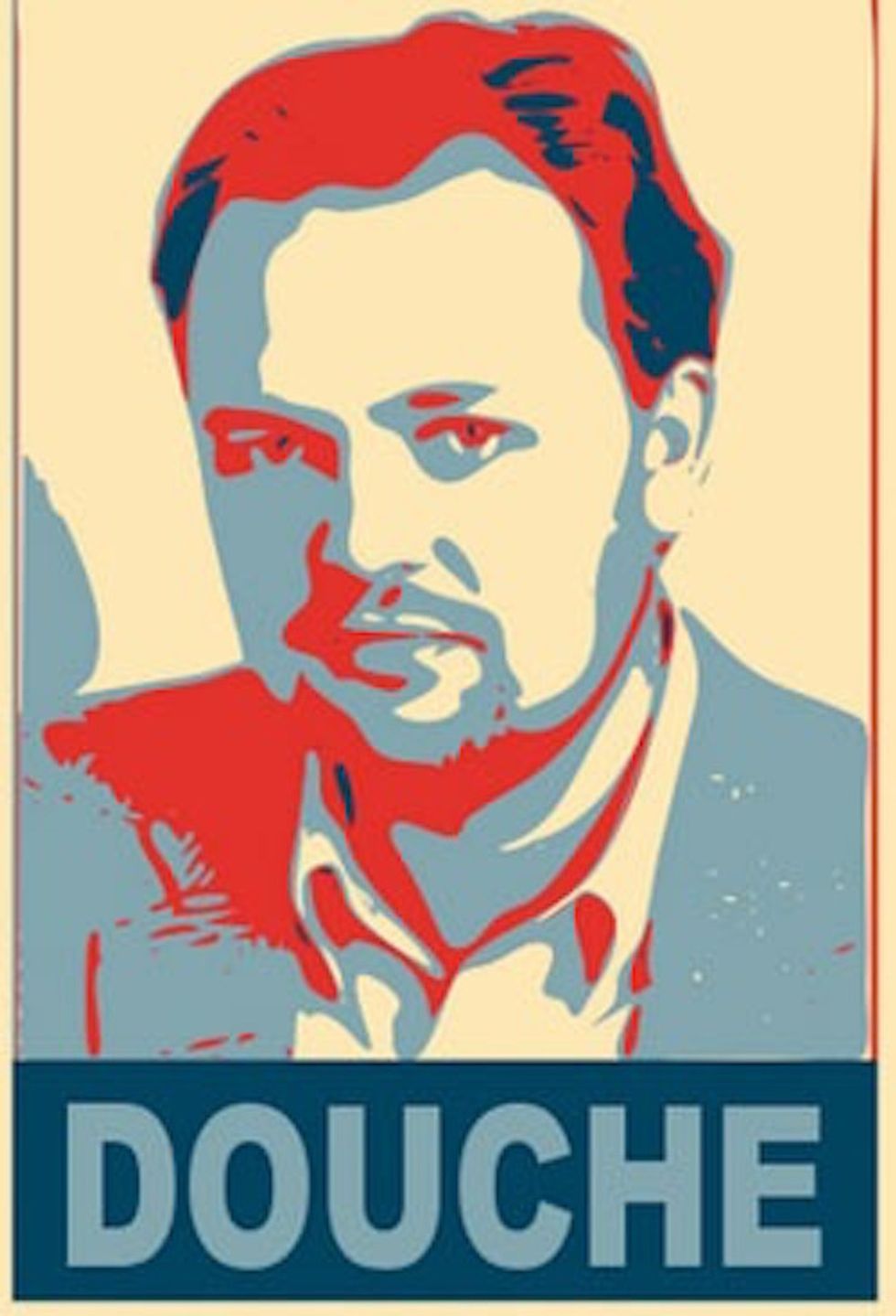 It has brought us no end of joy to watch the GOP try to run away from Donald Trump, pretending that particular monster is not the fruit of their own racist, sexist, and rage-filled loins. (Ewww. We just grossed ourselves out too. Sorry.)

Denial takes many forms. David Brooks has resorted to writing embarrassingly vivid fanfic about how Marco Rubio will come from behind and win the nomination. Nebraska tea party senator (and Wonkette fan favorite and lukewarm Ted Cruz fan) Ben Sasse has just straight up said that he'll vote for Pony Q. Unicorn, a magical nonexistent third party candidate, if Trump gets the nod.

Ross Douthat isn't fantasizing about how someone more palatable than Trump could be the nominee. Instead, he is trying to figure out how to disclaim Trump entirely and lay the blame for Trump's existence at the feet of someone who is not Ross Douthat or any other Republican. So whose fault is it that we have Donald Trump perilously close to being leader of the free world, according to Douthat? Pat yourself lovingly on the back if you guessed "Barack Obama."

Now, it wouldn't be a Ross Douthat column if it didn't start out with a truly annoying mix of hand-wringing and scolding.

The spectacle of the Republican Party’s Trumpian meltdown has inspired a mix of glee and fear among liberals — glee over their rivals’ self-immolation, and fear that what arises from the destruction will be worse.

What it hasn’t inspired is much in the way of self-examination, or a recognition of the way that Obama-era trends in liberal politics have helped feed the Trump phenomenon.

Well, Ross, you've got us there. We liberals have indeed failed to look into our hearts and find ourselves responsible for the Combover Rage Muppet your party is currently embracing. Do you want to know why? Because it isn't our fault, you dumbass. We are not the ones who allowed our party to be hijacked by 20 years of spittle-flecked talk radio and an excess of colonial times cosplay. That's all on your side, buddy. But do go on, please. What's that? You say it is because Obama had a star-studded campaign?

First, the reality TV element in Trump’s campaign is a kind of fun-house-mirror version of the celebrity-saturated Obama effort in 2008. Presidential politics has long had an escalating celebrity component, a cultish side that’s grown ever-more-conspicuous with time. But the first Obama campaign raised the bar. The quasi-religious imagery and rhetoric, the Great Man iconography and pillared sets, the Oprah endorsement and Will.i.am music video and the Hollywood stars pledging allegiance — it was presidential politics as one part Aaron Sorkin-scripted liturgy, one part prestige movie’s Oscar campaign.

You know, we just might buy that argument if you, Ross Douthat, weren't exhibit number eleventy of GOP Dudes Who Like To Ride Dead Reagan Dick. Saint Ronnie upped the presidential pageantry game during his campaigns and during his presidency. Seriously, if we're going to talk about a president creating his own hagiography while still alive, let's just look at your boy Ron's ability to turn his cut-rate Western movie career into his later Man of the West Super Cowboy Savior presidency, complete with visuals.

What else you got, Ross?

These voters had been drifting away from the Democratic Party since the 1970s, but Obama has made moves that effectively slam the door on them: His energy policies, his immigration gambits, his gun control push, his shift to offense on same-sex marriage and abortion.

So ... people who didn't like Obama already, in part because Obama has liberal policies they don't like, have instead flocked to the antithesis of Obama, and that's the fault of ... Obama. You are probably right, Ross Douthat, that if Barack Obama could have bleached his skin, changed his name to something more Middle American, renounced every liberal ideal, and went full racist, he might have held on to some of those angry white working class voters, making Trump superfluous.

You know what? You've got us there, Ross. We don't really know how to provide a rational comeback to an argument that stupid. We're not sure where all this high-falutin' theorizing gets you though, because at the end of the day, Donald Trump is still your problem, and we are going to laugh our collective liberal balls off when he becomes the GOP nominee and you all have to fall in line. This fall is gonna be so great.