Roy Moore Only Used Racial Slurs Because He Was Quoting Jesus, OK? 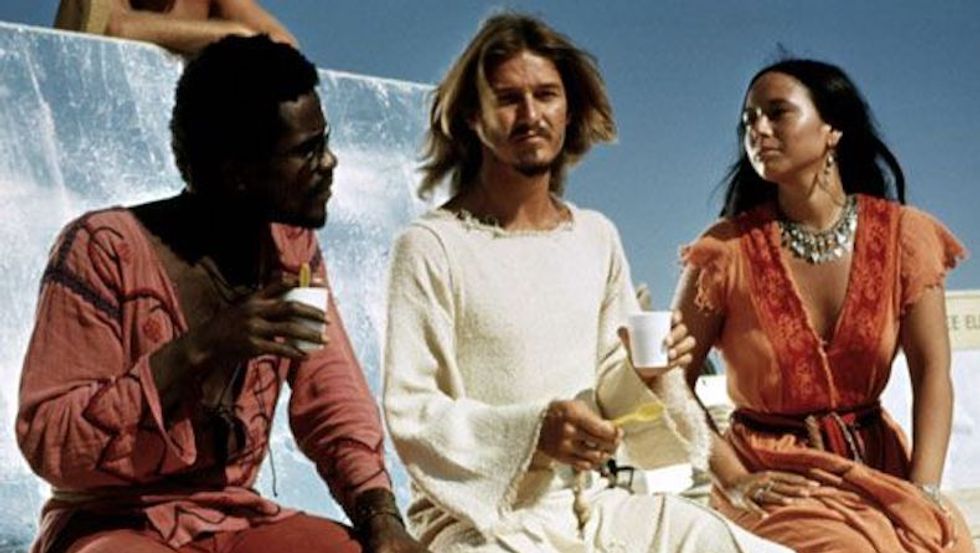 This weekend, Judge Roy Moore -- who is currently competing against the Trump-backed Luther Strange to be the Republican nominee for Alabama's Jeff Sessions-imprinted Senate seat -- gave a speech about race in which he referred to Native Americans as "reds" and Asians as "yellow." It did not go over well, as you might have heard!

“We were torn apart in the Civil War — brother against brother, north against south, party against party. What's changed?

There is so, so much wrong with this statement. Starting with the racial slurs and moving on to the bizarre mischaracterization of racial conflict. Not to mention the fact that, as far as anyone knows, Asians and Native Americans have no beef to speak of. What is it, exactly, that they are "fighting" about?

Also, according to slave-owning Southerners, God was really into them keeping black people as slaves -- so how "God" would have prevented the Civil War, I cannot begin to tell you.

There is actually a really good solution to all of this, and it is called "Stop being racist and sexist." No God necessary! Just like how if Southerners had not insisted upon keeping human beings as property, the Civil War never would have happened.

Moore is now defending his use of the terms "red and yellow" by claiming they are in the Gospel that way. That's how Jesus said it, so it cannot be racist! Are you calling JESUS a racist?

Clearly, he does not, because that is not in The Bible at all. Rather, much like my favorite Mary Magdalene quote, "I don't know how to love him," it is actually from a song and not the Bible. A Sunday School song called "Jesus Loves The Little Children," written by a guy named George F. Root.

As far as we know, George F. Root is not Jesus, nor did he write a Gospel in which Jesus was kind of a racist. Whoops! Also, it's your OPEN THREAD.