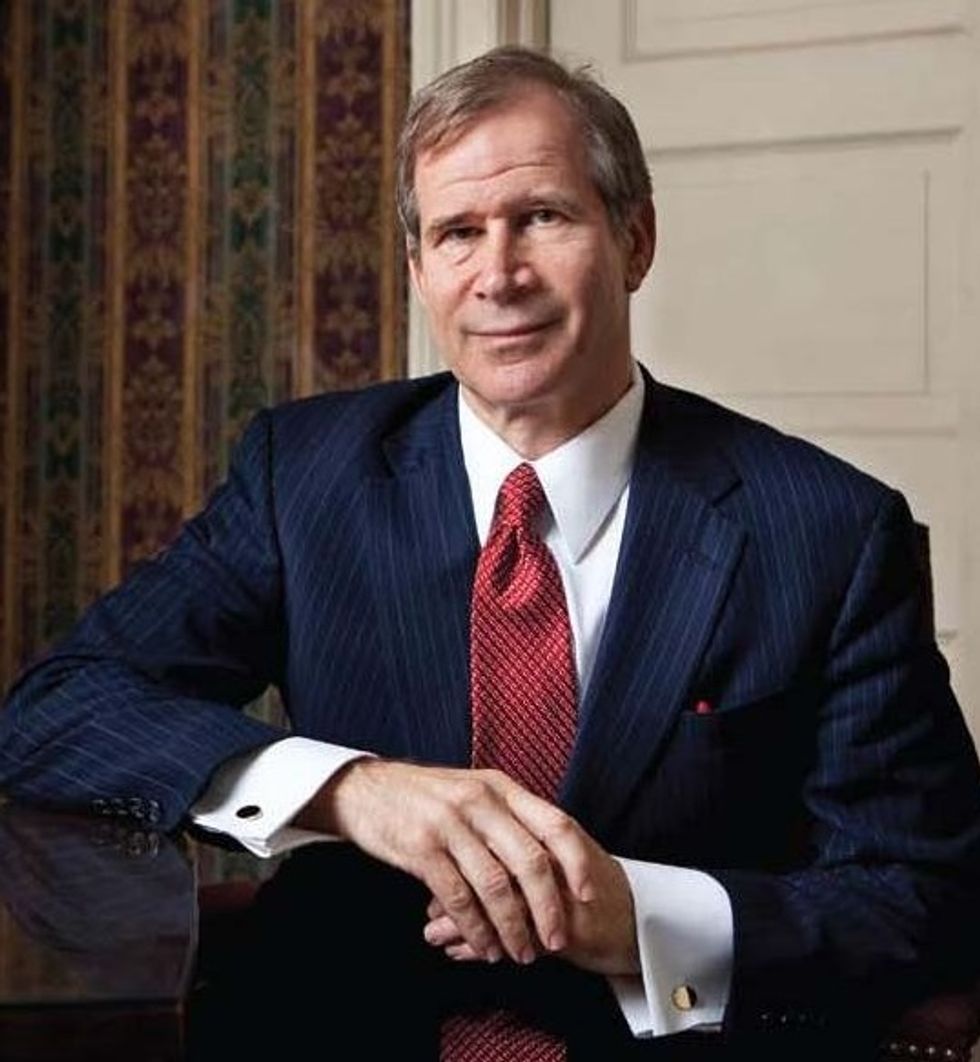 He looks kind of amused even in his law firm's photo

We all remember that grand moment from the night before the Alabama special election, when Kayla Moore proudly proclaimed that no way could Roy Moore be an anti-Semite. You see, some people took exception to Moore's insistence that Jewy Jew George "The Jew" Soros will burn in hell for not being good with Jesus the Lord. Not that many Moore supporters, who were fine with him being accused of child molestation and attempted rape, would have been too put off by mere anti-Semitism. But just to be on the safe side, Kayla Moore wanted everyone to know their family has a Jew Lawyer, so you just take your fake media lie and stuff 'em up your Bernie Bernstein:

Goodness, it's even worse watching it than reading the words!

Relatively speaking, it was one of the Moore campaign's more dignified moments. But it left a lot of people wondering who the Moores' Jew lawyer was, and why we never heard from that Jew lawyer directly. Turns out, thanks to a Washington Examiner story published yesterday, that's because the attorney is Richard Jaffe, a Birmingham attorney who in 2016 defended Roy Moore's ne'er-do-well son in one of his many drug escapades.

Jaffe told the Washington Examiner he has been close personal friends with Doug Jones for more than 30 years and he both contributed to, and raised money for, his campaign.

"There could not be a more passionate supporter of Doug than me!" Jaffe said.

We're gonna have to quibble about that exclamation point, which makes him sound kind of frivolous. While the Washington Examiner was quite definite that Jaffe is the Jew lawyer, the Washington Post's story on Jaffe is a bit more equivocal, noting that Jaffe doesn't know whether Kayla Moore meant him, but that lots of folks assumed she was talking about him.

“My reaction to that, irrespective of who they were referring to, was rather shocked,” Jaffe said in a phone interview. “I was certainly disturbed. Not personally, but as a member of a minority.” [...]

“I don’t know if they were referring to me or not, I really don’t,” he said. “All I know is that there have been a lot of people and news organizations trying to identify that person, the Jewish lawyer. They haven’t been able to yet.”

That boy ain't right. Neither is his daddy.

Outside of occasional professional contacts in the Alabama law-talking people community, and handling that one defense of Caleb Moore, whose charges were dropped when the troubled lad entered a diversion program, Jaffe has had little contact with the Moores. He's not involved in the defense for Caleb's latest episode of criming, and says he's never socialized with the disgraced former judge.

Jaffe and Jones go back 30 years, and Jaffe served as master of ceremonies when Jones was sworn in as a US attorney in 1997. During the US Senate campaign, Jaffe raised funds, handed out campaign literature, and worked the phone bank, and was with Jones in campaign HQ when the election was called for him. Jaffe will be attending Jones's swearing-in at the US Senate today.

He also says he never discussed the Kayla Moore comments with Jones, because come on, the senator-elect is a busy guy and Jaffe figured Jones had more important things to think about. Also, the Post points out, Jaffe "does not consider himself very religious but said that he is a member of one of the synagogues in town" -- and his being Jewish isn't really any secret, there not being a huge Jewish presence in Birmingham. Altogether, he says, "We’re a pretty Jewish family[.]"

Jaffe is pretty happy about the election, needless to say:

“I was about as elated as anyone could be,” Jaffe said. “Doug’s lifelong ambition has been to be a U.S. senator. He can bridge the gaps between people. He’s a healer, he’s reasonable, and he’s exceptionally smart.”

OK, maybe we'll give the Washington Examiner that exclamation point. And now Jaffe has had the chance to spend a day as a goofy trivia footnote to the special election, making the Moore campaign look stupid all over again.