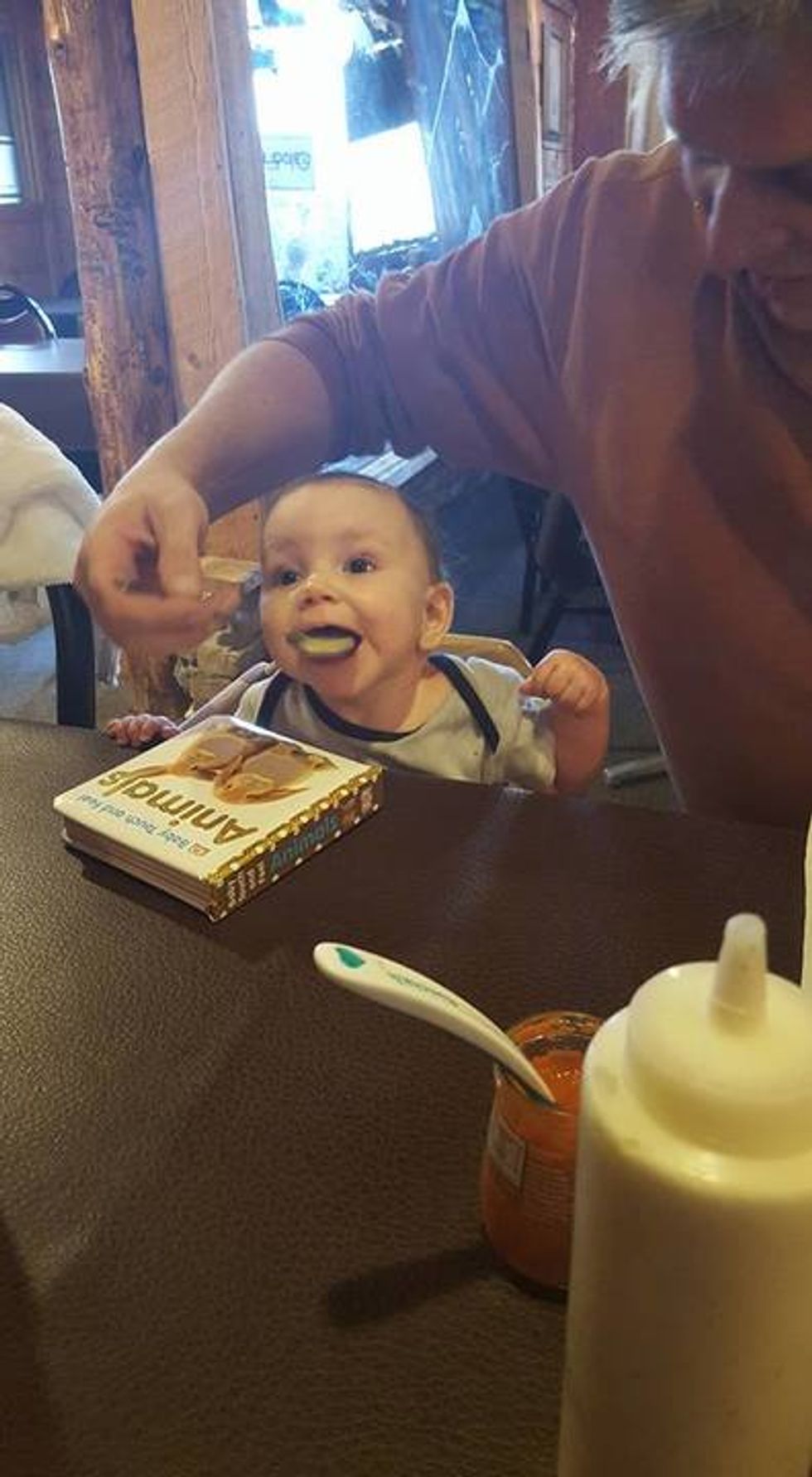 Feed the baby the soups!

[wonkbar]<a href="http://wonkette.com/599553/worlds-sexiest-north-american-leaders-break-entire-internet-with-sexiness"></a>[/wonkbar]Oh look, it is an old picture of Wonkette Baby Donna Rose eating soup, like a lady! Why are we showing you this old picture? Because it's cute, OBVIOUSLY, and also Wonkette WENT VIRAL AGAIN, just like we did with the story about Barry Bamz making sex faces at Canadian Prime Minister Justin Trudeau, but this time it was a story about how Ruby Tuesday is a super duper dick of a company, what neglects to pay its servers even the meagerest of moneys for work they actually do. And it's being sued!

Is Wonkette Baby eating soup at Ruby Tuesday? Quelle horreur! She is more dignified than that.

OK, we will do your top ten stories in a second, but remember, if you love your Wonkette and you love these stories and you LOVE US SO HARD, please to click this link and throw $5 dollars at our faces, will ya? We work so very hard for you, and you love us back, and that is how this works, yeah?

Shall we now count down the top ten stories of the week, chosen as usual by Beyoncé, ALLEGEDLY? Yes we shall!

1. Seriously, that Ruby Tuesday story. VIRAL. Read it if you haven't!

2. This week's Off The Menu was a bunch of stories that fall under the subcategory of "WTF."

3. Donald Trump had some opinions on his one-year-old daughter's tits, because OF COURSE he did.

6. Maine Gov. Paul LePage will teach Democrats lesson, by refusing to swear any of them in. Great plan!

7. Domino's customer OUTRAGED after employee asked them nicely to stop being a total dick.

8. Hero servers tell their boss to take her crap anti-minimum wage op-ed and shove it. Yes, Pinkham wrote half of the top ten stories this week.

9. This week's Duggar recap had a creepy dad and a boring shower game, but still no Josh Duggar.

10. And finally, Scott Baio spending all his free time (and he has a LOT of it) yelling "Trump!" at innocent Starbucks baristas.

OK, Wonkers, you have one task left and this is it. You need to put Wonkette in your box, if you have not done so already. Your inbox! It is for a newsletter, were we send you the secret jokes and the recaps and the special promotions. We promise not to share your information with anybody except each other, in the Seekrit Wonket Chat Cave. Just enter your 411 below!

While you are putting Wonkette in your box (AND SCROLLING BACK UP TO GIVE US 5 BUCKS IF YOU HAVEN'T ALREADY) here's a picture of TruBama clowning around with each other AGAIN at the 2016 Nuclear Security Summit because they obviously missed each other so much over the last month: