Rudy Giuliani Has Thing To Say, And It Is A Noun, A Verb, And 'KOREAN PERJURY TRAPS!' 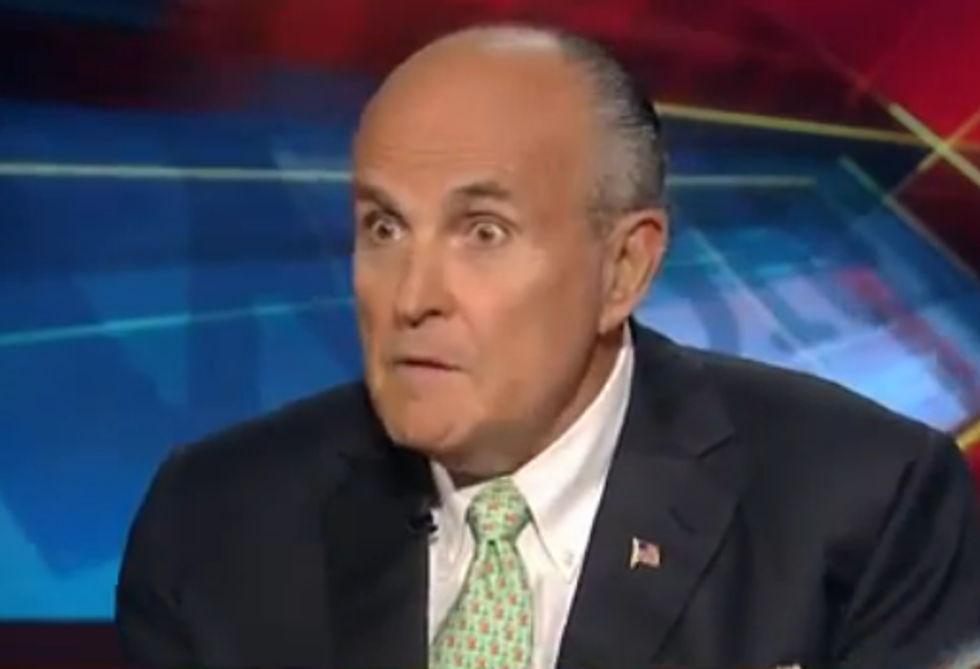 HE'S BEEN IN A KOREAN PERJURY TRAP BEFORE! IT GAVE HIM A SPLINTER!

OH MY GOD HOW MANY TIMES CAN WE WRITE THE POST "RUDY GIULIANI SAID DUMB SHIT"? The answer, as you can see from this week, is "eleventy times a million." It's time to give that old trope one more spin, so hey, everybody, did you hear about that time Rudy Giuliani said some crazy shit, and it was "KOREAN PERJURY TRAPS"?

This one didn't come in a Rudy Giuliani interview about how Rudy Giuliani's legal strategy in the Robert Mueller investigation is for Rudy Giuliani to say really dumbshit stuff as often as possible, so we missed it initially. It came in a Washington Post story about the inside scoop on how President Sprinkle Turds got completely self-owned on his fabled summit with Kim Jong-Un.

Buried among details about how the Art Of The Deal really fell apart when North Korea made fun of Mike Pence, and how Trump boned the summit and humiliated himself in order to save himself from humiliation, is this line from Rudy Giuliani, about whether a North Korea summit is still likely to happen:

“I think it is more inevitable than a Mueller interview,” Giuliani said. “At least they’re not going to try to trap him into Korean perjury.”

We feel like we have made that for dinner before, but we are not sure? It most likely involved Gochujang, which is our favorite cooking ingredient on all of earth, and if you do not have it in your kitchen, you are A Idiot? We forget.

(TIP: Want to do something WILD AND CRAZY with your Eye-talian marinara pasta dishes, something that will make your guests say "Fuck is this?" but in a good way? Use Gochujang.)

Also ... how would Korean perjury traps work? And how is Korean perjury different from the good old American kind Trump is guaranteed to do if he sits down with Robert Mueller? Would Trump be able to commit Korean perjury if only he was smart enough to learn how to lie in Korean?

We have so many questions, but golly, we just made ourselves REAL HUNGRY talking about Gochujang and we just happen to be in Cobble Hill, Brooklyn, right now so BRB HATERS, GOING TO EAT ALL THE FOOD TO MAKE US FAT, HAVE A LOVELY OPEN THREAD AND HOLIDAY WEEKEND, GOODNIGHT.