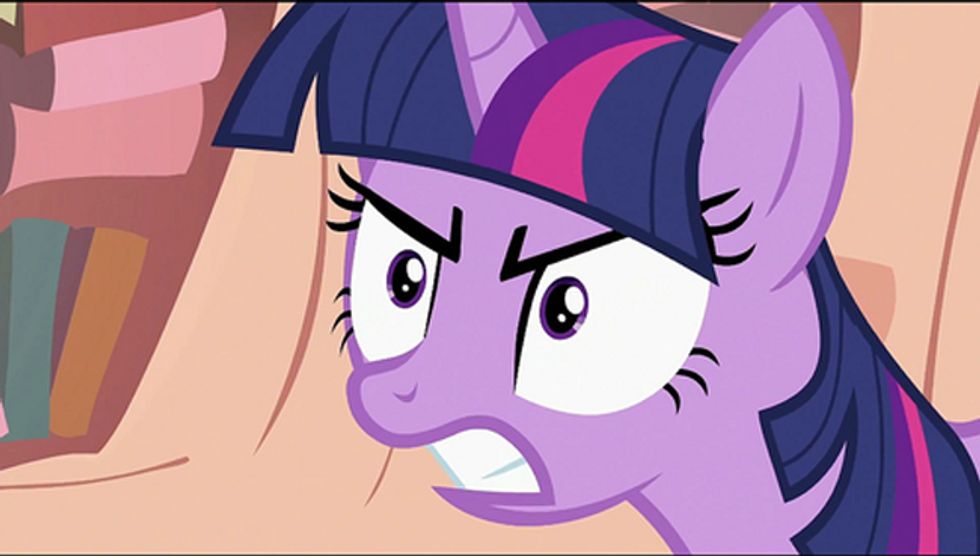 People, we have to talk. About this lion-killing asshole, who is an asshole, and who deserves our scorn. And yes, our headline for the piece did indeed include an imperative, inviting you to rage at the lion-killing asshole. But no, we did not suspend the rules that help make Wonkette a fun, reasonably civil -- albeit thoroughly debauched, in a GOOD way -- little web community, mommyblog, recipe hub, and Nerd magnet.

But the comments on the lion-killer story were, and continue to be, plagued by entirely too much Stuff What Ain't Allowed. Yes, we understand. The man destroyed a beautiful creature and is utter scum. You want to vent. This is a good place for venting because there are a lot of like-minded people here. But some kinds of venting just plain ain't civil, and will not be tolerated. Also, to address more than one person who whined after their comments were pulled, no, our removing comments in which people explain in gruesome detail what they'd like to see done to the lion-killing asshole is not a complicity in his animal abuse, don't be silly. It merely indicates that we don't like assholes perseverating on revenge fantasies like sick-fuck eighth grade boys.

So let us all review the Rules, to which we're now adding a couple of additional lines (we'll helpfully boldface the new stuff for you):

2. No wishing or ideating on physical threats to those with whom you disagree (i.e., "machine-gunning" or hoping for their deaths in any other sense than that you hope they die lonely and alone). This includes wishes for people to be raped in prison -- not only is that barbaric, it's also a huge cliché and we are tired of it. Yes, that includes veiled references to a bad person meeting their cellmate Bubba. Rape is evil, and we do not wish it on anyone, not even evil people.

3. Try not to be totally libelous.

4. If you wanna be disgusting pigs and talk about skullfucking your enemies, then your editrix, as a one-eyed man-king in the land of the blind, will not take offense. But it's pretty perilously fucking close to wishing rape on someone. Maybe think about that?

5. Sometimes someone who works here -- one of our moderators or perhaps the dogs -- will ban you or delete your comment or laugh at you publicly, even though you didn't break a stated rule! That is because they're in charge here, and they're sick of your shit.

OBEY THE LAWS, MINIONS, OR BE JUDGED WITH EXTREME PREJUDICE. But not Texas-style, as we are civilized.