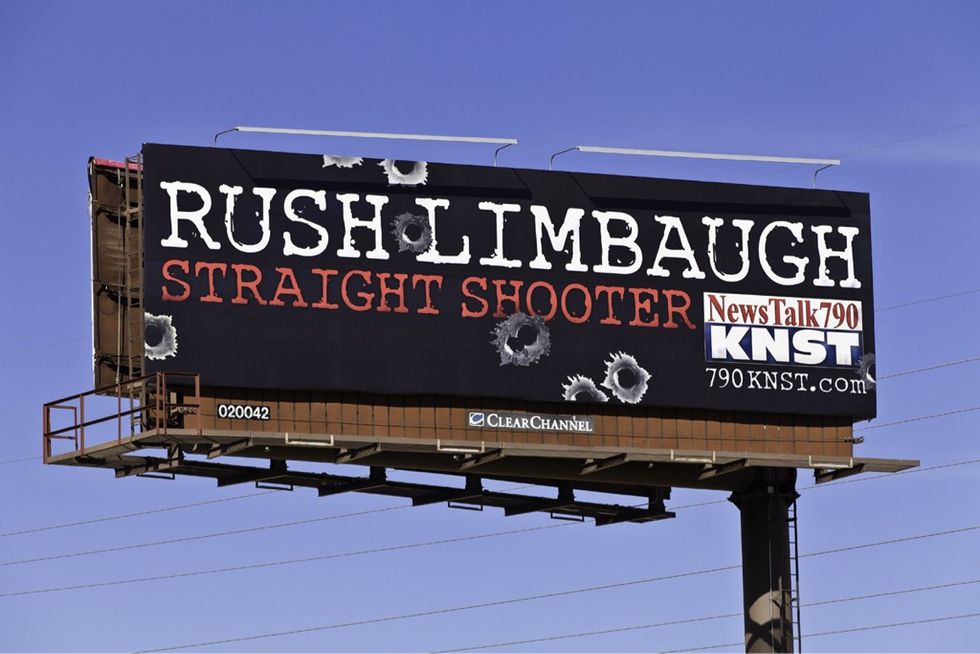 Screaming radio lunatics agree: Egypt is the go-to place for "epic lolz" right now, what with all theprotesters being shot dead in the streets and secret police vans plowing through crowds of unarmed civilians! And what about all those foreign journalists being rounded up? This is also very hilarious, is it not? America's favorite right-wing queef "Rush Limbaugh" has the funny details: "Two New York Times reporters were detained. Now, this is supposed to make us feel what, exactly? How we supposed to feel? Are we supposed to feel outrage over it? I don't feel any outrage over it ... Do we feel happy? Well --- uh --- do we feel kind of going like, 'neh-neh-neh-neh'?" And then Rush Limbaugh salivated all over his quadruple-chin. But woah there, his tone changed dramatically for some reason, right after he found out that Fox News reporters were also roughed up! "MY BABIES!" he screamed, as he shoveled Oxycontin into his slimy gullet, to help relieve the unbearable pain of his hypocrisy.

Here is what Limbaugh told his trucknut audience:

LIMBAUGH: Ladies and gentlemen, it is being breathlessly reported that the Egyptian army --- Snerdley, have you heard this? The Egyptian army is rounding up foreign journalists.

I'm sure that your emotions are running the gamut when you hear that two New York Times reporters have been detained along with other journalists in Egypt. Remember now, we're supporting the people who are doing this.

And then, ten seconds later, after he discovered that Fair & Balanced reporters were also in harms way:

LIMBAUGH: According to Mediaite, Fox News' Greg Palkot and crew have been severely beaten and are now hospitalized in Cairo. Now we were kidding before about The New York Times, of course. This kind of stuff is terrible. We wouldn't wish this kind of thing even on reporters.