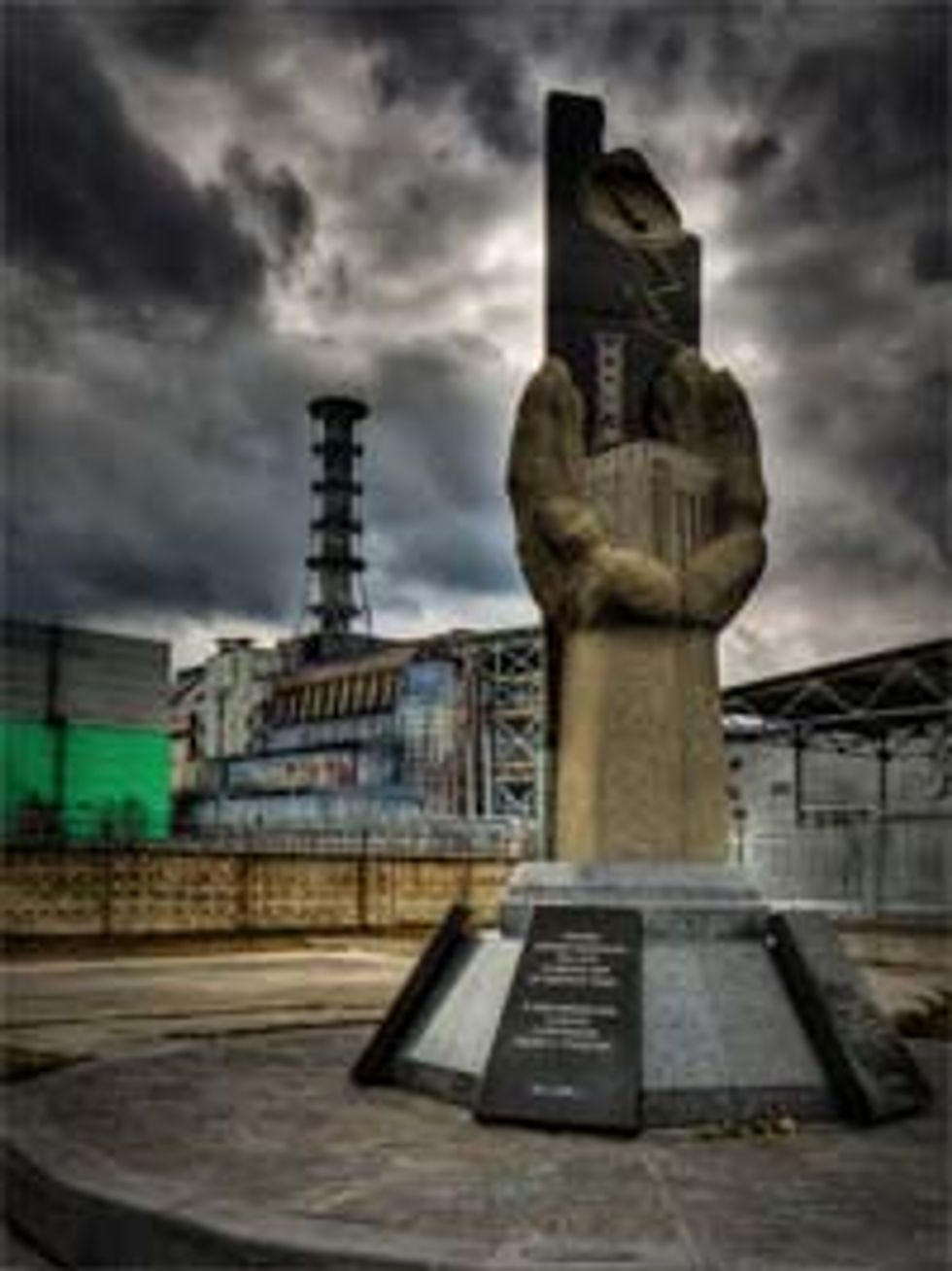 The terrible death-smog that hadblanketed Moscow and was killing hundreds of people a day has now lifted, hooray! Once again the Russian Orthodox God ("Rasputin") has stopped the suffering of his people, if by "his people" you mean the people who live in Moscow, which is pretty much what the Russian government means by it. Sure, the fires that caused the smog are still raging in the countryside and everything, but who lives in the country? Nobody, that's who. In fact, big chunks of rural western Russia are mostly uninhabited anyway, because they're all still radioactive from the Chernobyl disaster, so those parts can just burn and it won't hurt anybody, right?

Or maybe not, according to the extreme greenies at Greenpeace Russia, who are too busy dealing with this situation to chain themselves to whaling vessels:

Russia's state forestry service, Roslesozashchita, admitted in a statement posted on its website Wednesday that, as of Aug. 6, there were 28 forest fires covering about 270 hectares burning in the Bryansk region alone, which is considered the most radioactively contaminated part of Russia.

"We're not talking about a repeat of the Chernobyl catastrophe, but the danger is not insignificant either," says Vladimir Chuprov, head of Greenpeace Russia's energy program. "The worst scenario is the continuing spread of radioactive particles through the area. The danger is first of all to firefighters and local people, but the contamination can spread with smoke to new areas."

Russian authorities are responding in "Russian Authorities Classic" style, by saying that everything is OK. And Putin even personally dumped some water on fires in a forest, somewhere, out of an airplane! But still, the crisis has taken its toll on the Russian leadership's popularity, with Putin's approval levels dropping to 47 percent. Remember, you can level all the Muslim cities you want and Russia will love you forever, but don't let the country's precious radioactive forests be harmed, or just over half of the electorate will turn on you. [CSM]