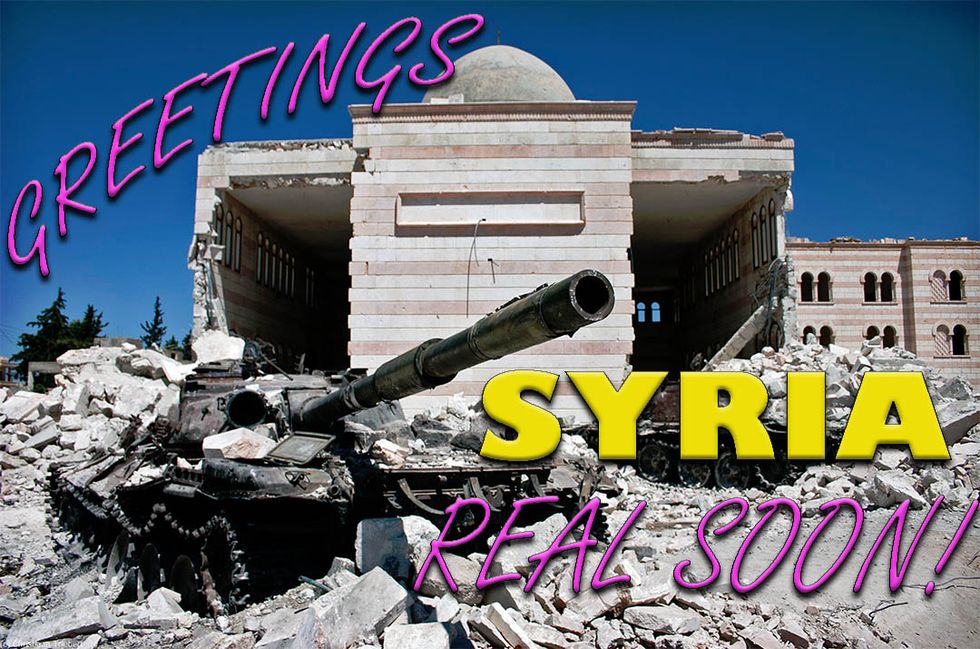 Holy Taco Tuesday, Wonketariat! Here's some of the things we may be talking about today!

The CBO thinks TrumpCare is pretty shitty because it kills all the olds after it strips everyone of their health insurance.

There are plans for Mike Pence to wine and dine congress members who are already tipsy on TrumpCare, including Mike Lee, James Lankford, Ben Sasse, and Tom Cotton. NO GIRLS ALLOWED!

Trump doesn't want to release a redacted report on Russian election fuckery because THAT'S JUST WHAT THE RUSSIANS WANT US TO DO! Dun-dun-DUUUNN!

Carter Page has had "extensive discussions" with the FBI about THE DOSSIER, which was to be expected considering how many people think he's either A Idiot, or the. worst. spy. ever.

Bernie is running across America screaming about health care and he's TRYING not to be "overly dramatic" when he talks about all the people who might die under TrumpCare. Bernie? Dramatic? NOOOOOO!

Texas Republican Rep. Pete Olson thinks his "X chromosome" makes him superior to all you with two x's, because he don't know much biology, and thinks he shouldn't have to pay for your to poop out kids from your front butt.

Trump's team has officially nominated Christopher Wray to head the FBI almost a month after Trump himself tweeted out his pick.

The Pentagon may cancel the enlistment contracts of Not American recruits so they can be deported, and 4,100 soldiers may face "enhanced screening" and "continuous monitoring," according to a leaked memo scribbled with Jim Mattis's signature. The joke here is that anyone would consider this a logical policy as immigrants without legal status have routinely made up a significant portion of U.S. soldiers since, oh, 1776.

Trump's White House is worried you're not paying attention to its weeks like, Energy week, and tech week, because you're all too concerned about pee hookers, and tapes.

House Republican chairs are fighting over budget reconciliation programs about who has to go back to their constituents in the energy and agriculture sectors and tell them that they've been shit-canned in favor of military spending. FFIIGGHHTT!

Trump's team is attempting to bring Gitmo detainees to trial in military tribunals that are blocking evidence of their torture, and that's just the start of how screwed-up things have been.

Neo-Nazi Richard Spencer's neo-Nazi "think-tank" is in lots of trouble for not paying taxes, and then failing to tell donors it had lost its tax-empt status, which Spencer denies, saying he totes tweeted about it, bro, and he, like, didn't even know, or whatever.

People are arguing in federal court about the new Texas law banning sanctuary cities and the good ol' boys in bucket hats are bitching about how a "hodge-podge" of segregation policies that vary from town to town make racial profiling too damn difficult.

US Park Police have so much free time on their hands they're arresting black kids for selling water bottles on the Mall. Maybe they should have been selling lemonade and shitty beer instead of Selling Water While Black?

Potential dark horse 2020 Democratic candidate, New Orleans Mayor Mitch Landrieu was named president of the conference of mayors for telling cities they can just do their own thing if the federal governments wants to screw around.

The level of carbon in the atmosphere is still rising even though emissions are beginning to wane, primarily because the Earth's natural sponges aren't pulling their weight. Personally, I blame a certain lazy kid who lives in a pineapple under the sea.

Russian Ambassador Sergey Kislyak is being recalled. Now who will Trump and company forget they hung out with?

Trump met with Indian Prime Minister Narendra Modi in the Rose Garden, and after Modi slathered his lips in Trump brand lube and got on his knees to gargle praise for Trump's genes, Trump did his best Sean Spicer impression and told reporters to fuck off.

Trump has made America suck again according to a new poll by Pew that asked 37 Not American countries. Pff, whatever, it's not like they even vote anyway.

The leader of the free world, Angela Merkel, sat down with a fancy Not American lady magazine to talk about lady stuff, and politics, and all the things (in Not English), where Merkel revealed the secret to her success is to laugh "at least once every day." HHAAAA!

Trump's smarmy lawyer Jay Sekulow tried to get filthy poors to give his NPO Ameros which he then gave to himself so he could pay off his private jet.

CNN had an accident of journalism and tried to report some dodgy, single-sourced stuff on Trump-Russia, but they were relying on Eric Lichtblau (who sucks), so now three people have "You're Fired" themselves, making this the second big Trump-Russia story Eric Lichtblau has completely fucked up with shitty "reporting."

Shitheel Jesse Watters pissed off crazy man Jesse Ventura at a weed conference by asking stupid questions about Ventura's bar fight with that American Sniper guy a decade ago. "And nothing of value was lost" in this thinly veiled PR stunt.

"Woke" and "post-truth" are now words according to the new Oxford English Dictionary, but there's still no word on "covfefe."

And here's your late night wrap-up! Stephen Colbert was TOTALLY not in Russia; Seth Meyers took A Closer Look at the people screwed under TrumpCare.

HEY, YOU! We need money to keep making things, so click the thingy below and give us Ameros!