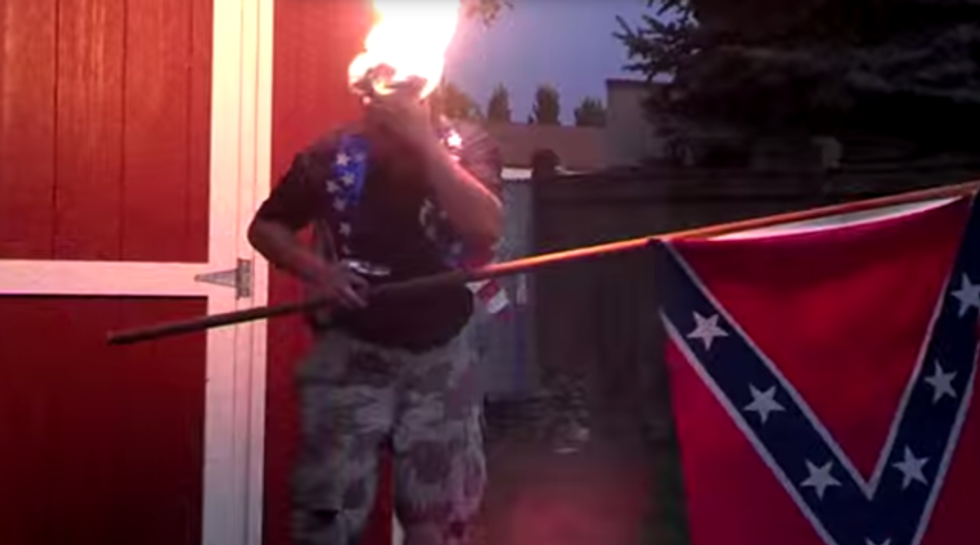 Won't someone think of the poor spanked snowflakes?

Some idiot Confederate flag-humpers are feeling very, very oppressed after being denied a place in the Veterans Day parade in Tulsa, Oklahoma. So they've filed a discrimination complaint against the city for hurting their fee-fees. The group, which calls itself "Confederate Veterans Lives Matter" (and which is apparently unaware that no Confederate veterans have existed since 1959 at the latest), had its application denied on the grounds that not only did the group violate parade guidelines, but also that they submitted their application late. In crayon, probably.