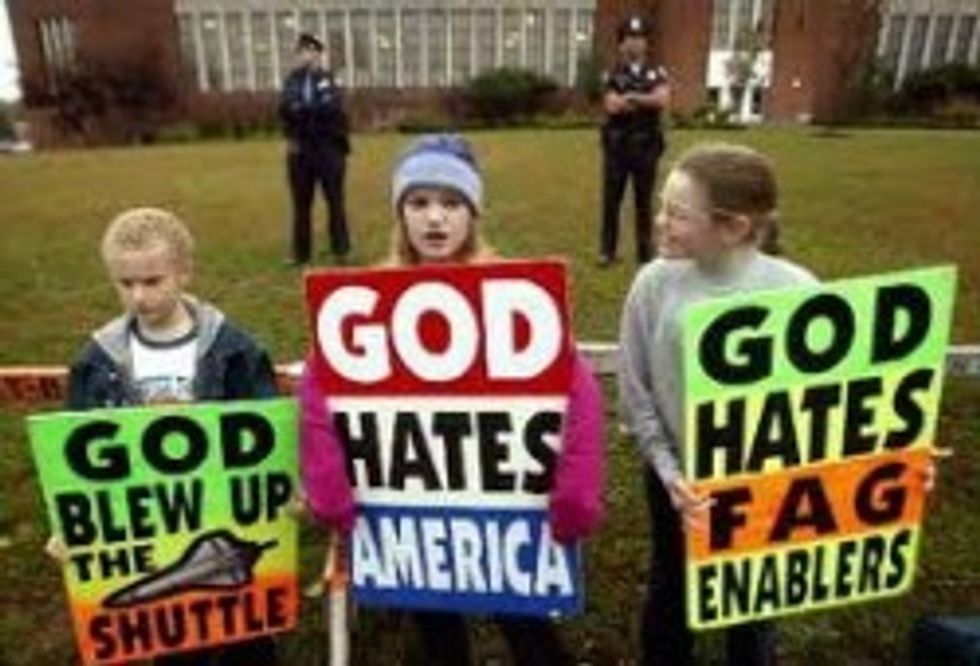 You'd think a guy in Rush Limbaugh's currently rather unenviable position would take all the help he can get -- but apparently he isturning down sweet sweet ad $$$ just because it comes from the patriots of the God Hates Fags Brigade.

Westboro spokesman Steve Drain told Raw Story that while his organization has had their differences with Limbaugh, they were on the same page when it came to labeling Georgetown University law student Sandra Fluke a slut.

“Even a blind hog can get an acorn every once in a while,” Drain explained. “We’re not aligning ourselves with Rush Limbaugh because as we say on our website about him, he wouldn’t recognize Bible truths if it were a bottle of pills sitting on his desk.”

OK, which of you guys infiltrated Westboro, married all of its daughters, and became hilarious spokesman Steve Drain? And who among you came up with this actually funny ad (and intentionally so???!!!1!) from Westboro?