Santorum To Win This Thing With New Stance Against College Education 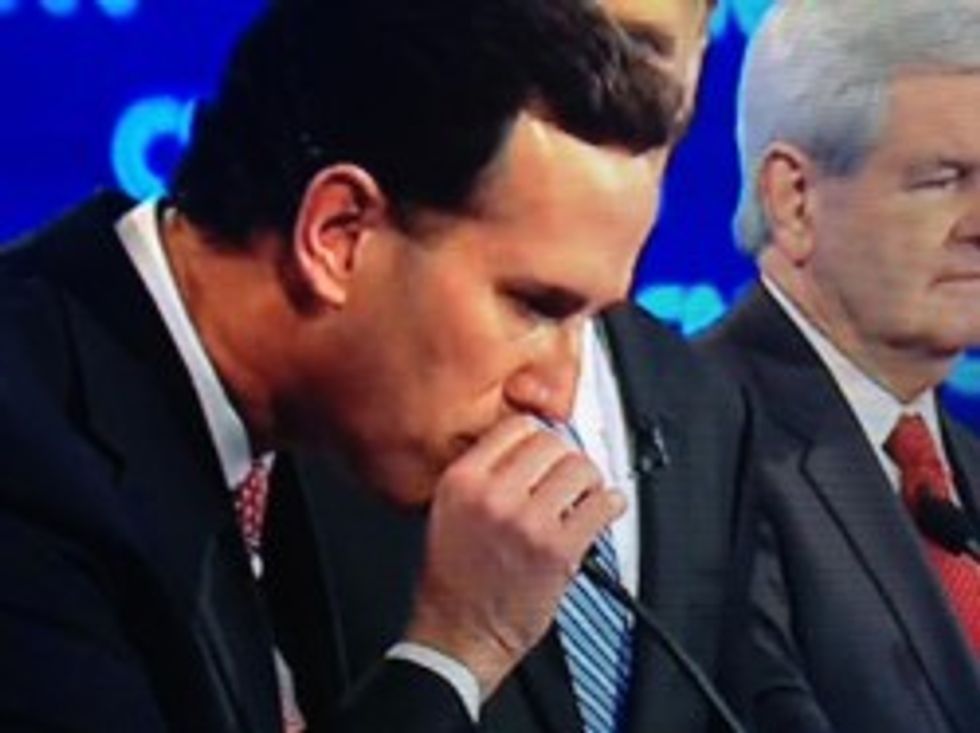 So Barack Obama is in favor of greater access to college education (like most every other modern president before him), you say? There's a sinister, political reason for that, according to dim dweeb Rick Santorum. Learning turns people liberal. "It's no wonder President Obama wants every kid to go to college," he told an audience in Florida. "The indoctrination that occurs in American universities is one of the keys to the left holding and maintaining power in America." Woah! But wait, wasn't he just saying that it's the vast cabal of single moms who conspiratorially refuse to go out and get a man that make up the base of leftist power in the country?

Well okay, let's just say for a minute that it's both of them: single moms and students, and also probably black people, all of them, going around clamoring for food stamps as they are wont to do in Rick Santorum's fevered racist imagination. So get married, make babies, be white and fear education, and that about sums up Rick Santorum's policy platform.

Santorum said that if higher education institutions "taught Judeo-Christian principles" "they would be stripped of every dollar."

Haha, WRONG. Dead bigot Jerry Falwell's Liberty University got almost a half billion dollars in federal funds in 2010, which is particularly tragic when you think of the half billion dollars taxpayers did not get to spend on a more sane use of their money, like free sea monkey kits in every senior center.

"If they teach radical secular ideology, they get all the government support that they can possibly give them," Santorum continued. "Because, you know, 62 percent of children who enter college with a faith conviction leave without it."

Let's see, Rick. You got a BA from Penn State, an MBA from University of Pittsburgh and a JD from Dickinson School of Law and STILL managed to emerge an unrepentant bigot, so certainly there's hope! [The Hill]