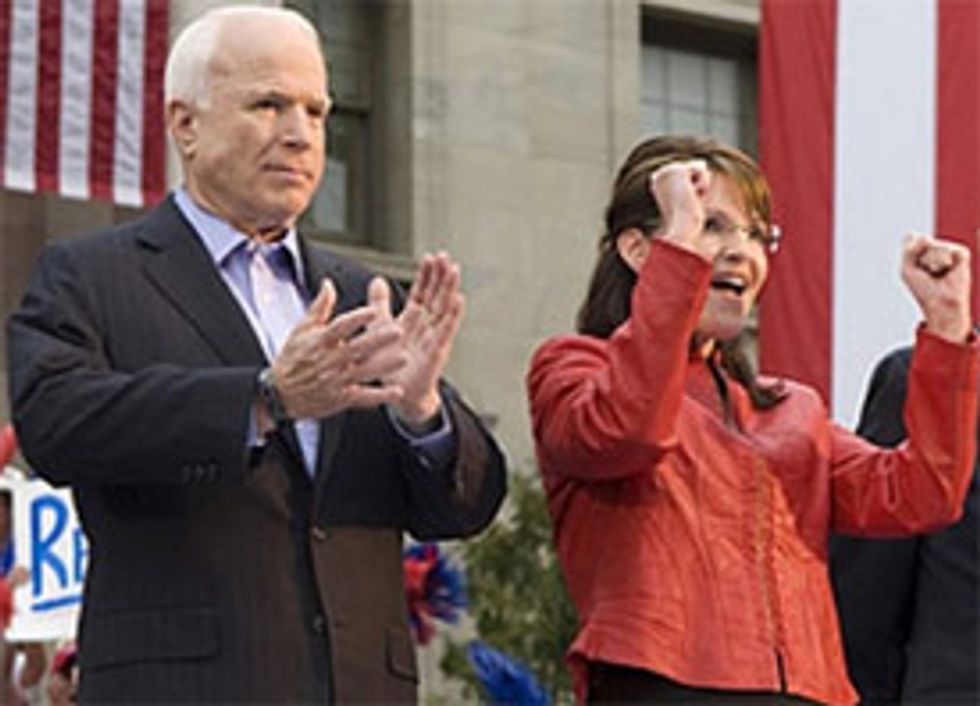 Useless snowbilly grifter Sarah Palin stepped in it yesterday, did she ever. She had the gall to endorse crazy failed CEO Carly Fiorina in the California Senate race, on herFacebook page. She did it because of Reagan. (Probably some cash on the side, too, because why should a grifter even bother endorsing political candidates?) "California is still Reagan Country, and Carly promises her 'Reagan Conservative' values will be put to good use for her state and for our great nation. Shaking it up in California is long overdue. Let’s help Carly do it!" Her Facebook fans were not very interested in helping her do this.

The wingnuts want this other guy, Chuck DeVore, to win, so Sarah Palin has misjudged "America" with this endorsement. And since she already endorsed that old fuck Walnuts McCain, should she be put on her inevitable witch trial now?

This led Sarah Palin to update her endorsement using a desperate kitchen-sink approach:

Update: I’d like to add a few things about my Carly endorsement because some reaction right out of the chute calls for more information:

Carly has been endorsed by the National Right to Life, the California Pro-Life Council, and the Susan B. Anthony List. She is pro-life, pro-traditional marriage, pro-military, and pro-strict border security and against amnesty. She is against Obamacare and will vote to repeal it and prevent the government takeover of private companies and industries. Carly is also a strong supporter of the Second Amendment. Like me, she is a member of the NRA, has a 100% NRA rating, and she and her husband are gun owners. She is pro-energy development and believes as I do in an all-of-the-above approach to energy independence. She is against cap and tax. And most importantly, Carly is the only conservative in the race who can beat Barbara Boxer. That’s no RINO. That’s a winner.