Sarah Palin Has A Tax Problem! 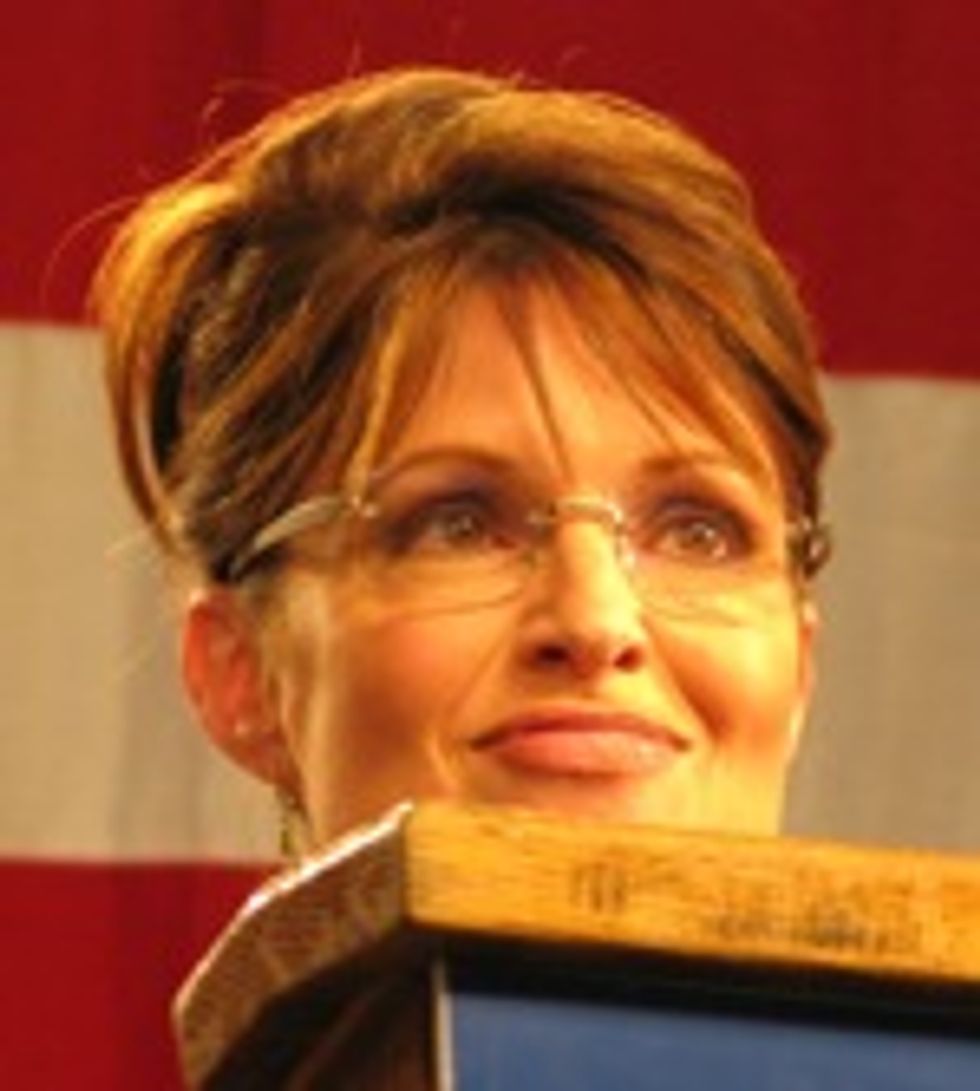 Oh dang there goes yet another candidate for President Obama's cabinet, felled by a cloud of money-scandal! Sarah Palin would have made a wonderful Commerce Secretary -- after all, she's a Republican, and knows all about international trade after her clothes-buying tour of the People's Republic of Manhattan. However, her prospects have been dashed on account of her owing TAXES TAXES TAXES on the per diem meal-and-incidental stipend she charged the state of Alaska while living in her Wasilla trash palace instead of the governor's mansion in Juneau.

How is it that a person is able to collect a stipend for normally travel-related incidentals while staying at home? Through Alaskan magic.

Her spokeswoman says that "the amount of taxes owed is a private matter," which sounds awfully like a tacit admission of RANK CRIMINALITY AND EXCESSIVE TOMFOOLERY.

As of mid-September 2008, Sarah Palin had collected nearly $17,000 from the state in exchange for sleeping in her house. She is the worst and most corrupt despot since Genghis Khan.

Palin to pay tax on past per diem[Anchorage Daily News]