Sarah Palin Not Embarrassed Enough This Week, Would Like to Debate Obama, Please 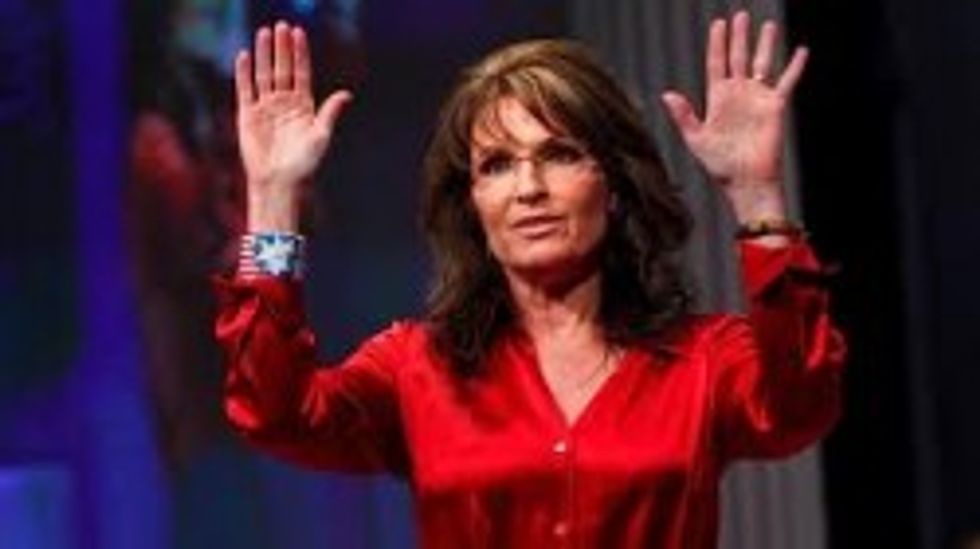 Self-awareness does not seem to be Sarah Palin's strong suit. (Her strong suits are winking, licking her lips, and quittin' stuff.) Having made herself an easy target for anybody with iMovie, with her rather odd assertion that Obama, a known Lyin' African, would like to take America back to thegood ol' slavin' days, Sarah Palin was simply terribly offended that an Obama campaign video-capture-person might take her appearance and, you know, show it. And now Sarah Palin is out for revenge, via her Facebook page.

Exhibit A in these diversionary tactics is an absurd new attack ad President Obama has released taking my comments out of context. I’m not running for any office, but I’m more than happy to accept the dubious honor of being Barack Obama’s “enemy of the week” if that includes the opportunity to debate him on the issues Americans are actually concerned about. (Remember when I said you don’t need a title to make a difference?)

Your Wonkette joins every American in saying, "Yes please."