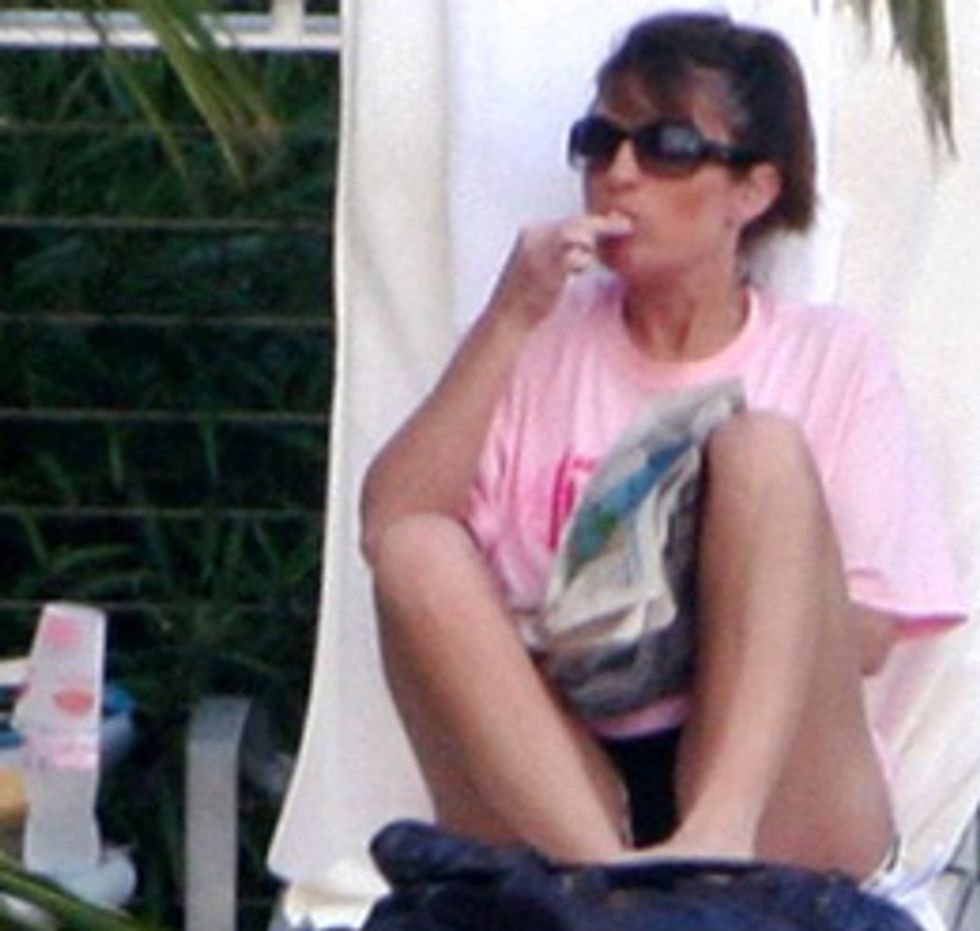 Snowbilly grifter Sarah Palin rolled into Los Angeles on Wednesday to perform as "Jack Hanna's anger bear" on the Jay Leno program and to scoop up some more piles of fancy clothes and cosmetics that somebody else paid for, at this "Oscar gifting suite." But what was her true, secret mission? To make even more money for Sarah Palin, and to collect even more free crap, and to maybe get the guy who produced thatSurvivor game show to make a special reality show about her, Sarah Palin.

Multiple sources confirm that Palin and uber-reality show producer Mark Burnett have been making the rounds in Hollywood this week to pitch a TV docudrama about Alaska. One source called it a "Planet Earth-type look” at Palin’s home state.

So, Palin getting her hair done in a helicopter while Todd or somebody shoots at wolves from the door? While the Palin daughters poop out more bastard babies in Wasilla? Sounds awesome!

Or not. Palin and her locusts hit the big three teevee networks to shop her great idea to make more money for Sarah Palin, but the kind of low-budget reality programming she's pitching is better suited to Basic Cable, if there's even a channel that would show some earth-rapist wingnut as your tour guide to Alaska.

Besides, she'll just quit halfway through the first season. [Reuters/EW]