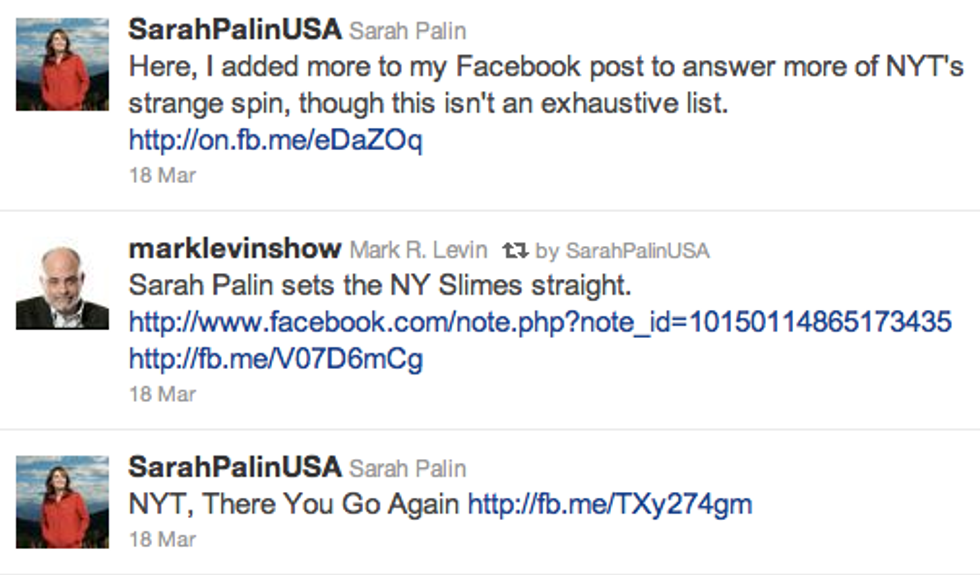 This woman is getting dangerously close to becoming self-aware. "I'm through whining about a liberal press that holds conservative women to a different standard because it doesn't do any good to whine about it," she said. What will be the point of her life if it's not take umbrage and whine about everything? That's her job. If she doesn't have that, she's officially unemployed.

Another startling admission: "When a shot is taken at me, it is water off a duck's back because I know the important things we need to concentrate on in life." It's never seemed like "water off a duck's back," not that we know what that means, because we are not ducks, but we will assume it's some sort of equivalent duck analogy for "water under the bridge." When did Sarah Palin turn into a duck and develop a thick duck skin? And how long can she stay that way?

So she hasn't been a duck for too long. But we expect she will start to whine about the media again when she needs attention, and will immediately turn from being a duck into whatever less intelligent being she was previously. [The Hill]