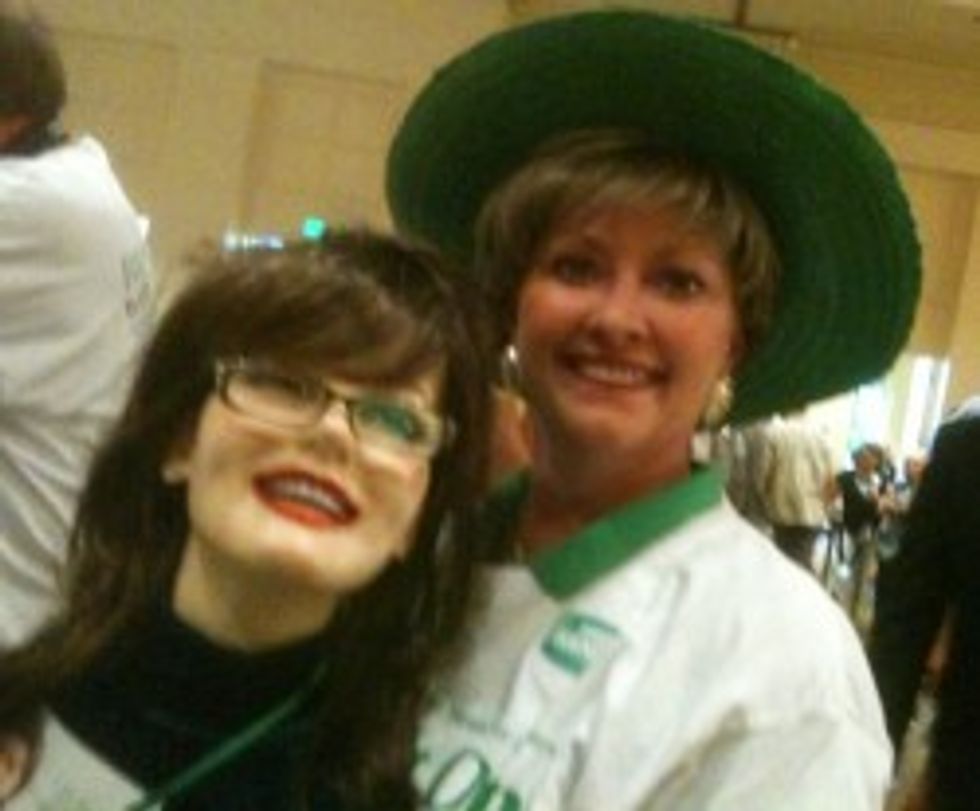 Sarah Palin flew Coldmiser Airlines all the way to Atlanta to stump for Karen Handel, her mini-me running for Georgia governor in a primary runoff against Democrat Nathan Deal. A local lady wig peddler brought down this Sarah Palin mannequin head for "the real Palin" -- for does such a thing exist? -- to autograph. Well, wouldn't you do the same?

Palin used the vernacular "Hotlanta" to impress the easily-impressed crowd, and also seemed to outshine Handel with her undeniable star power, reports Thomas Wheatley of the Creative Loafing alt-weekly. (Disclosure: Wheatley is your author's far-flung co-worker, thanks to franchising magic.) But not everyone was creaming their Pajama Jeans over the Alaskan princess: Wheatley reported that this guy wanted a refund on her autobiography. Palin had him ejected from the premises and eaten by a bear she had brought along with her, for heckler-eating purposes, and then made fun of nearby CNN, to hurt its feelings. [Creative Loafing]