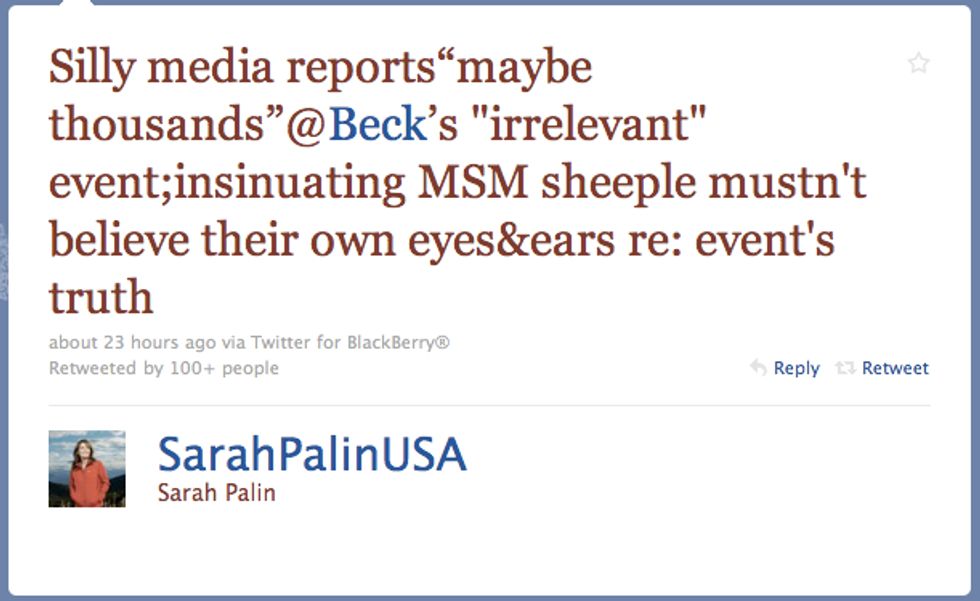 Oh look, Twitter, Sarah Palin is here to tell us that the media is being silly about her pal @beck's rally. What's that silly media? You say@beck is the Twitter handle not of Glenn Beck but of the multi-instrumentalist musicman Beck? Sounds like you're just relying on your eyes and ears again, like idiots.

Stop implying that thousands of people go to Beck concerts, media! They don't! That guy hasn't released a good album in years!

So how many wingnuts saw that Beck Twitter with the pink background and links to Beck's website and thought, "Oh, I'm not following Glenn Beck. I thought I was, but I guess not. *CLICK*"?

ZERO. Because Internet conservatives are not sheeple. Professionals whose job it is to report facts are sheeple. [Twitter]