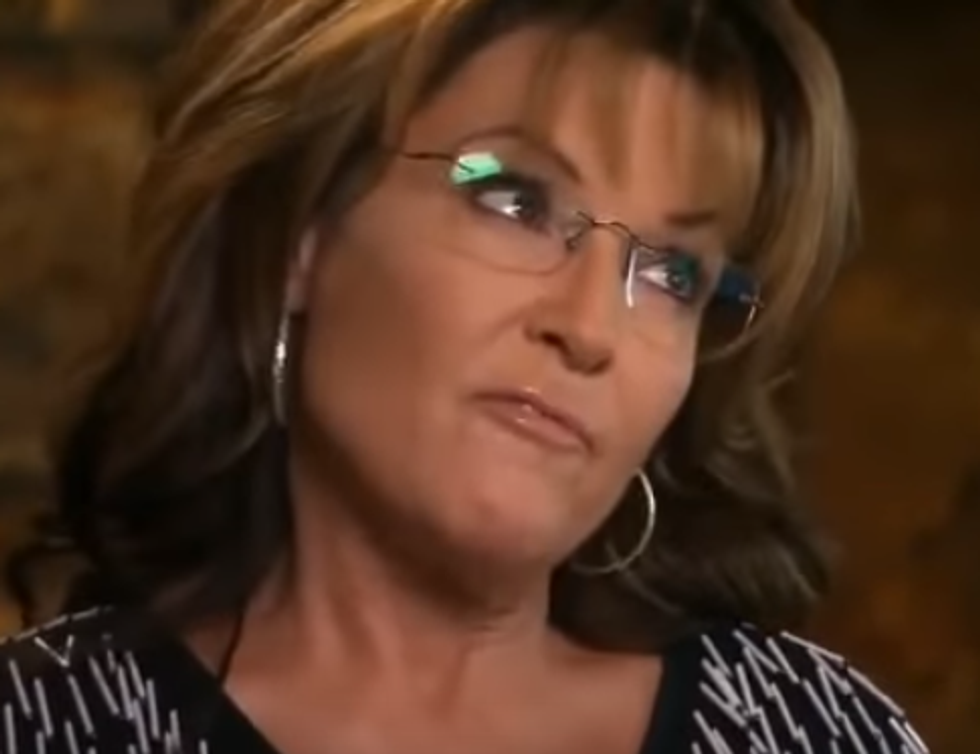 OK SPOILER ALERT, we know Jesus wasn't born on Easter, first of all. But does Sarah Palin know that? Well He sure did something that day, over there in Nazareth, otherwise why did we hide the moose eggs all over Wasilla on Sunday morning?

Know who was DEFINITELY borned on Easter? Theodore James Kushner, the brand new Jewish baby son of Jared Kushner, an orthodox Jew, and Ivanka Trump, daughter of Donald, who converted to Jewishness in 2009. Here is how the Jerusalem Post reported it:

And here is how Sarah Palin reported it. Er, tweeted it:

Know what a bunch of Jewish people did not do Sunday? Celebrate Easter. Because the REAL reason the Christians celebrate Easter is because chocolate bunnies are a real crowd-pleaser, and also because after Jesus was crucified, dead and buried on Good Friday, on the third day He ROSE AGAIN, and did other things too, like probably Made America Great Again. (Told you we knowed what Easter is for, haters.)

The point is that when Jewish Ivanka went into labor, she probably did not look at her husband Jewish Jared and say, "Aw, Christ, we are going to miss Easter today, on account of I gotta go give birth like a common Bristol Palin!"

Oh well. We could criticize Sarah for also misspelling the child's name, but she was probably drunk or maybe her Tweeter fingers were wet from sponge-bathing Todd, because remember, he had an accident and is (we hope!) getting better every day.

By all accounts, Baby Trump-Kushner is happy and healthy and in a blissful state of infant ignorance over how his grandpapa is the FUCKING WORST. Baby probably also has no idea how the internet is snickering over his name -- not because Theodore James is a bad name or anything, but simply because heh heh heh Ivanka named her son "Ted."

We anxiously await a tweet storm from Donald Trump about how finally there is somebody in the world named "Ted" who isn't hated by all humanity, isn't Canadian, isn't an allegedly adulterous manwhore, whose dirty wife doesn't have a grotesque secret, yadda yadda yadda.

And besides, this is the only "Ted" who was actually birthed by Ivanka Trump, who, according to her dad, is SMOKIN' hot. Trump never said that about Ted Cruz's mom.

Regardless, congratulations to the happy parents, and Sarah Palin, you are still A Idiot also too dontcha know.