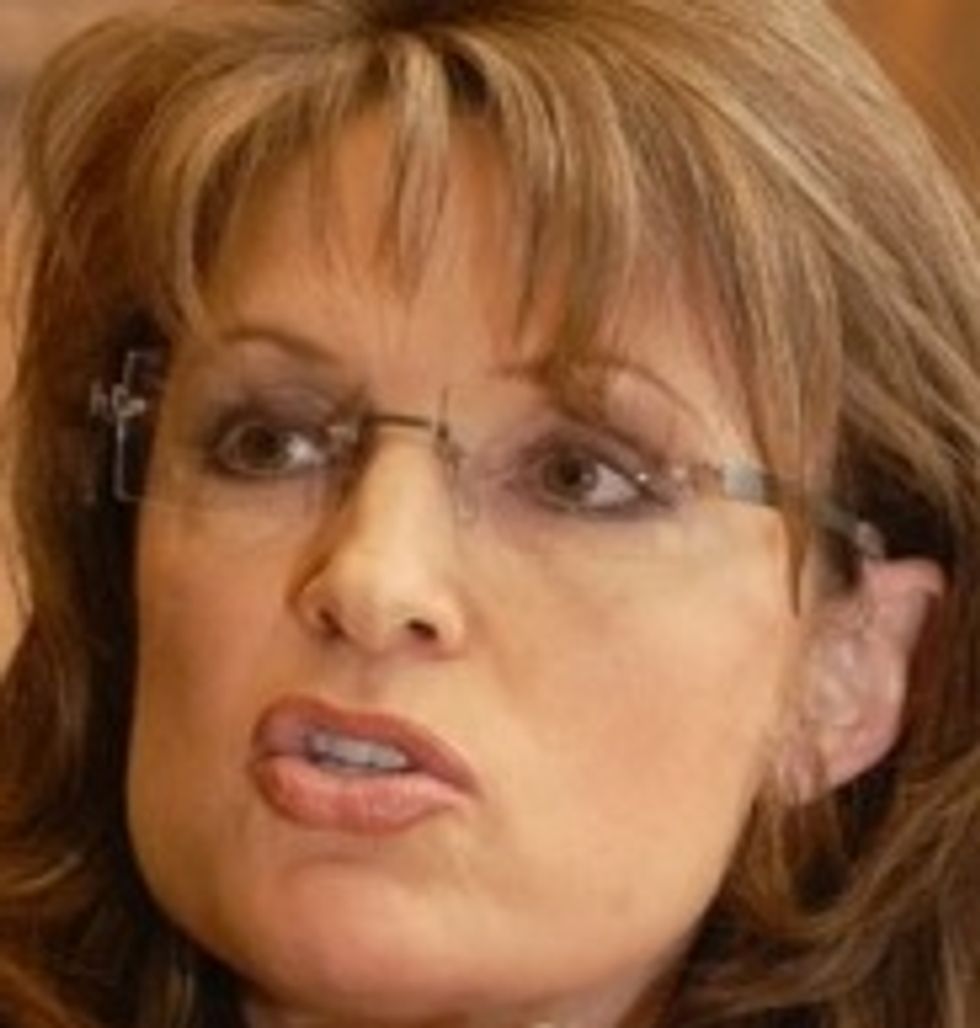 So much news from doomed loser snowbilly Sarah Palin tonight! Her rogue campaign is going super-rogue, by, uh, getting her own investigator to release a new investigation saying that, actually, she didnot abuse her power with the crazy obsession to fire her ex-brother-in-law, and oh, some local doctor sent a fax to Anderson Cooper or something, on Election Eve.

It's all because of Andrew Sullivan -- we are watching this, on the CNN! -- and she is in great shape and surely had all those babies herself, even the magical new baby, and she is in good health to lose the GOP nomination in 2012 and maybe even 2016.

Also, Barack Obama is giving his last rally speech, in Virginia, and it is also on the CNN. [Chicago Tribune]