Sarah Palin To Drop Puck At Hockey Game Alongside Other Hockey Mom, Okay 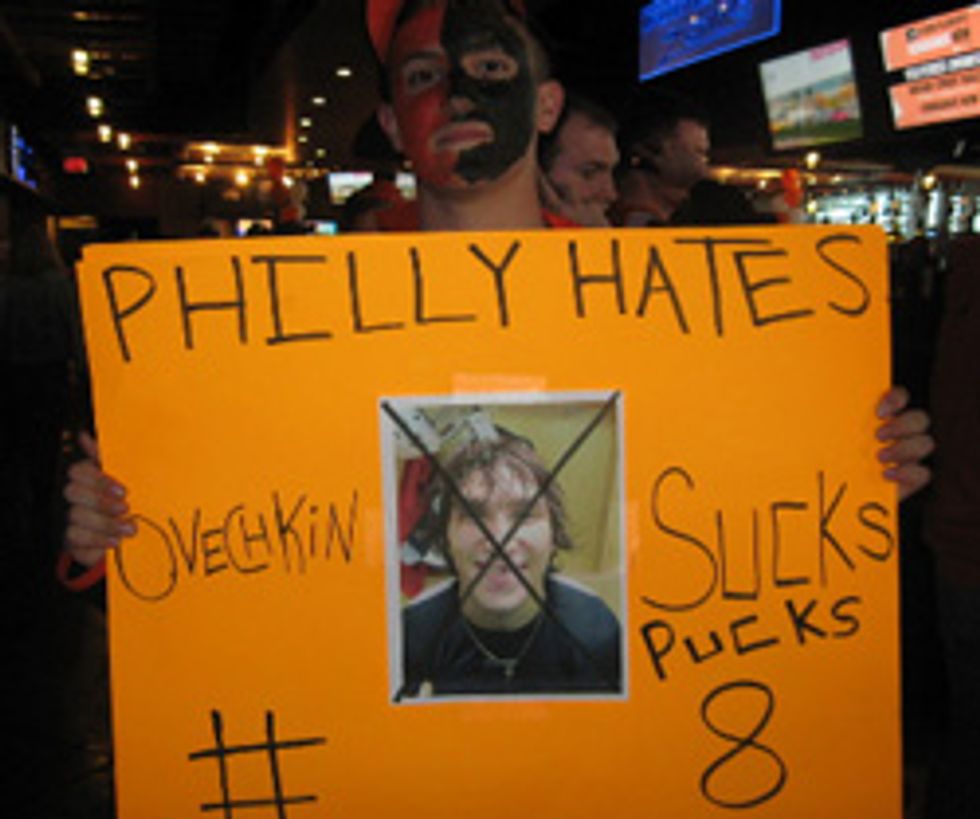 On October 11 we'll get a preview of Sarah Palin's future career: a former insta-celebrity akin to a reality show star who flies around the country to show her face at sports games and clubs and say funny slogans like "Dontchaknow?" for five minutes to a bunch of drunks. Her rate will be $200 in scratch-off tickets, a Bud Lite-sponsored dildo and two baskets of fried shit for supper. This is her future, and it all kicks off October 11 when shedrops the hockey puck at a Philadelphia Flyers game alongside some hockey mom contest winner. She has no idea what she's getting into.

Alaska Governor Sarah Palin, the nation’s most popular hockey mom, will join the winner of the Philadelphia Flyers regional search for the “Ultimate Hockey Mom” contest and drop the puck at the ceremonial opening face-off as the home team Flyers host the New York Rangers at the Wachovia Center on Saturday, October 11 at 7 p.m.

“Because of the tremendous amount of publicity she has brought to our sport, we invited the most popular hockey mom in North America to our home opener to help us get our season started,” said Comcast-Spectacor Chairman Ed Snider who founded the Flyers in 1967. “We are very excited she has accepted our offer and we are very proud of the publicity she is generating for hockey moms and the sport of hockey.”

This will be hilarious, because Flyers season-ticket holders are rabid, drunk trash who will almost certainly (a) lead a chant of "SHOW YOUR TITS, SHOW YOUR TITS" and (b) throw batteries at her when she doesn't show her tits. There will be vomit everywhere.

Sarah Palin To Drop First Puck. At Flyers Opener. [Philadelphia Will Do]