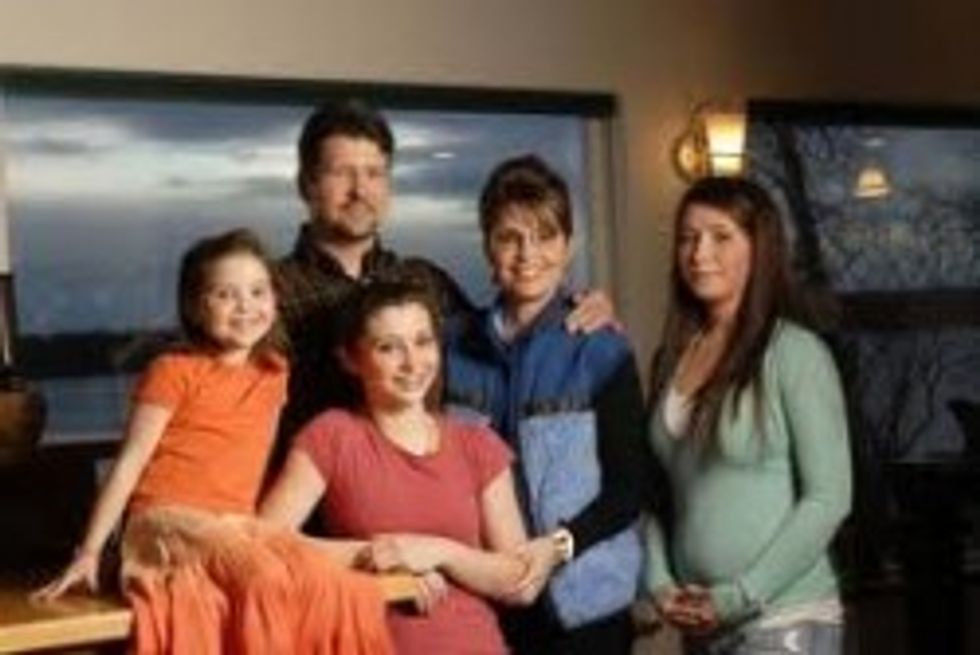 Bristol Palin's blog ghostwriter has someimportant thoughts she would like to share, regarding whether Sarah Palin was a terrible horrible no-good very-bad choice for vice president and whether Mitt Romney should be as stupid as John McCain was. (No. Yes.) First, she totally links to TalkingPointsMemo, because that is a thing among all of them that Bristol Palin reads. Then Bristol Palin blows your mindby unaccountably claiming that Barack Obama did not invent the Recession even though he was president from 2000 to 2008. WHAT? Read it and weep, bitchez.

Then the economy melted down. You could feel people’s fear. You could see it in their eyes on the trail. McCain suspended his campaign to rush back to Washington to deal with the crisis. A lot of people criticized him, but he did what he thought was right. And guess what, the economy was melting down while Republicans were in charge.

Well that is a bizarrely true but off-message thing, Bristol Palin's ghostwriter! Anything to add?

I honestly don’t think any Republican candidate could’ve beaten Obama in 2008. It was the Democrats’ moment.

But 2012 is a Republican moment. Whomever Governor Romney picks will be better qualified to run the country than our current President. And this time around, we’re not running against the hard-to-pin-down “hope and change,” we’re running against a President who can’t stop rising gas prices, much less rising oceans.

Mom answered the call to serve her country, energized the base, and inspired millions. Plus, she did it with good humor and grace. I don’t know what else she could’ve reasonably be expected to do.

The economy was collapsing, and the Democrats had nominated “The One.” My mom worked wonders, and it was such a joy watching her connect with Americans from coast to coast. But she could not work miracles.

It’s been four years now since Senator McCain selected my mom, and he made the right choice. Who will Governor Romney select as his running mate? Well, we’ve still got several months before we find out.

Whom could Romney choose that would really inspire the base in a super game-changing way? Someone beloved, revered, totally hip and au courant? We nominate Andrew Breitbart's Ghost. [Bristol'sBlog]