Sarah Palin's Kid Is Violent Fuck-Up Again. No, Not Bristol. 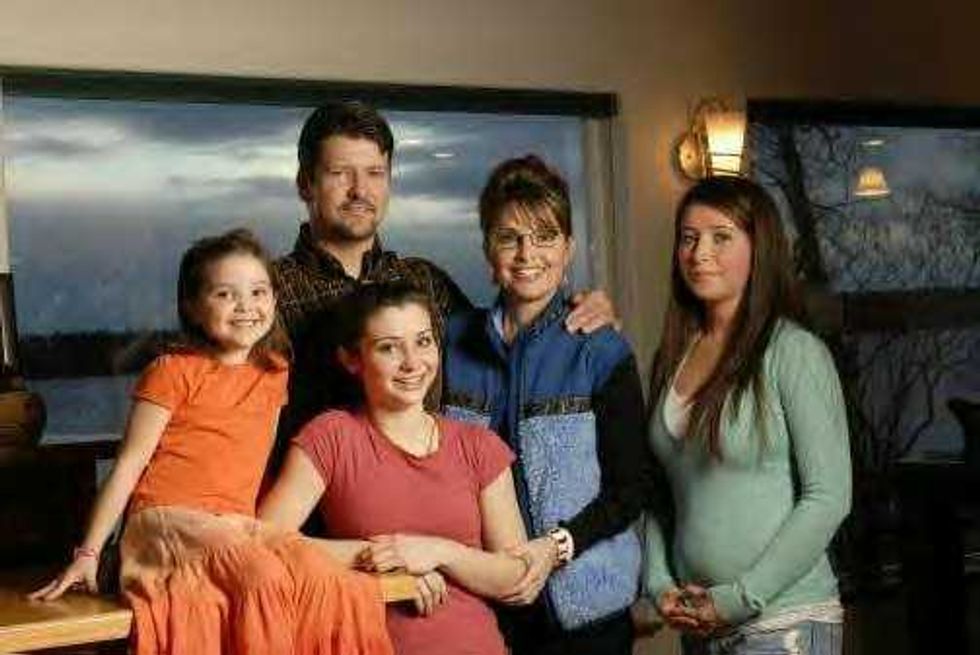 We have had a feeling around here that there was a reason Sarah Palin very conspicuously fell out of the public eye during last year's election. (And she was having such fun speaking in tongues at Trump rallies like the town drunk!) There was the thing where Todd Palin was badly injured in a snowmobile accident, but "giving Todd's peen one thousand sponge baths" didn't explain her absence. Bristol immaculately conceived again, but "burping Bristol's assorted offspring like a good grandma" didn't explain it either. And there hasn't been any late breaking news about the Palin children starting brawls and Bristol calling everybody a "cunt," because that is sooooo Palin Family 2014.

We've figured it had more to do with how her son Track was arrested in January 2016 for beating up his girlfriend and pulling a gun on her. Sarah Palin, of course, explained at a Trump rally that it was Barack Obama's fault her son did that, because obviously.

No, she really did.

Now Track, 28, has been arrested yet again for being a violent fuck-up and (maybe) beating up his girlfriend (again), allegedly. (SEE UPDATE BELOW!):

The alleged incident occurred on Saturday, according to the court records, which indicated that all charges were related to domestic violence.

Well that's awful, allegedly. It's not clear if this is the same girlfriend Track beat up before, because NBC reports that "no further details" are available right now, and the Palins aren't talking. (Per the LA Times, "felony burglary" implies that he broke in and then injured someone, whether a girlfriend or someone else.)

We are sorry the Palin family is going through this, genuinely, and we are sending Sarah Palin all the thoughts 'n' prayers we can muster.

Wonkette of course condemns Barack Obama for causing this latest Palin family crisis, like he always does.

OK, so we have to tell you that we have long suspected, BASED ON NOTHING BUT OUR IDLE SPECULATION, TO BE COMPLETELY CLEAR, that Todd Palin's snowmobile accident might have been more of a Track Palin accident, but again, that was LITERALLY IDLE SPECULATION. But to learn that allegedly Todd Palin was the domestic violence victim and allegedly Track was burglarizing HIS PARENTS' HOUSE is allegedly WOW.

So there's an update for ya!