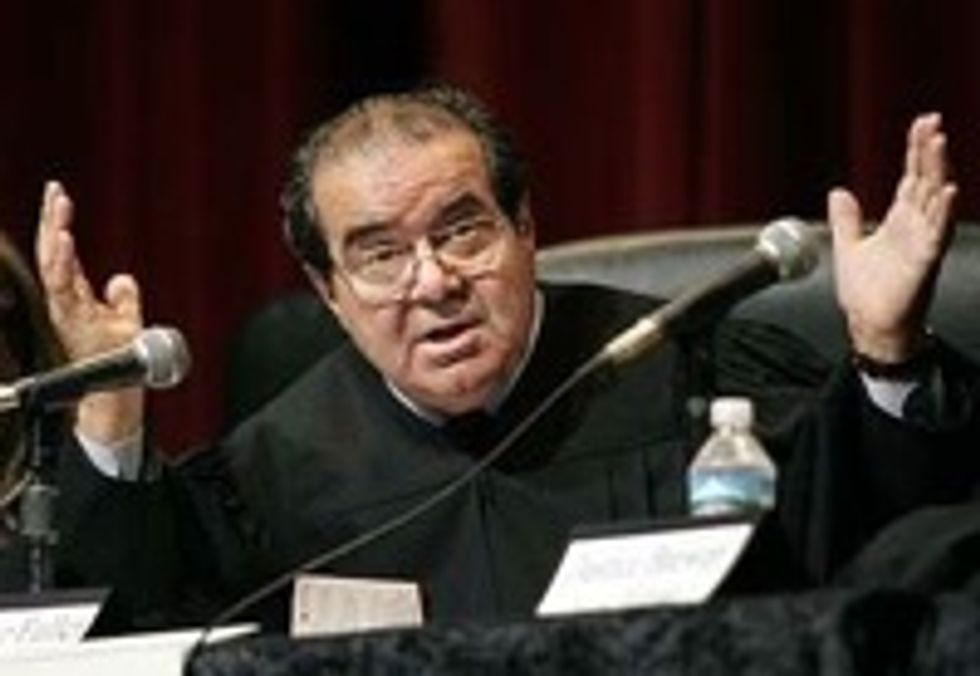 If you have ever tuned to CSPAN late at night, hoping for something truly dull to put you to sleep, you have probably wondered why you never see Supreme Court arguments. The reason is that Justice Scalia doesn't like cameras, or informing the public! A college junior recently asked him at a luncheon put on by the Palm Beach County Forum Club and Bar Association why he doesn't like cameras in the courtroom, and he got totally shirty with her.

This student, Sarah Jeck, has brass balls and is an American hero:

Jeck asked whether the rationale for Scalia's well-known opposition to cameras in the Supreme Court was "vitiated" by the facts that the Court allows public visitors to view arguments and releases full argument transcripts to the public, and that justices go out on book tours.

Anyhow, Scalia said, "That's a nasty, impolite question," probably because he doing a SELF-PROMOTIONAL BOOK SIGNING at that very event. Later on he said that he didn't want "30-second takeouts" from court arguments to be used to characterize the full depth and breadth of a Supreme Court case. This just goes to show you how out of touch Justice Scalia is, as everybody knows they're called "sound bites" and rarely last for 30 whole seconds.

And of course the idea that anybody would care enough about Supreme Court goings-on to attempt to ferret out only the most salacious details for the evening news is also laughable. This is why the nation's highest court should just have its own CSPAN channel, for people to sleep to.