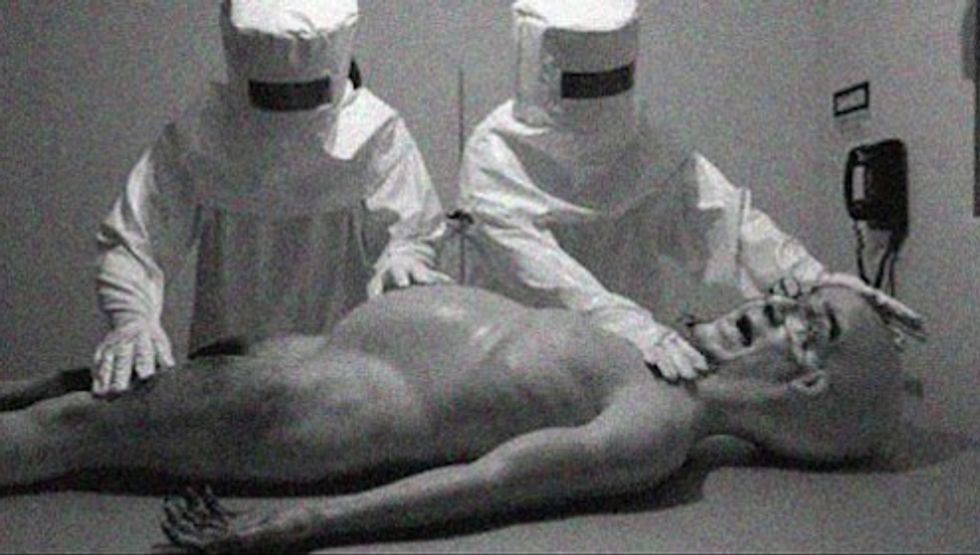 Attention-whoring nematode Antonin Scalia would like to take a regularly scheduled opportunity to remind America that his is a lifetime appointment and professionalism be damned, on this the occasion of the national attention being paid to the SCOTUS hearing on the constitutionality of Arizona's "Let's have a Mexican-hunting party" SB 1070 law, and therefore let you know that illegal immigrants are somewhat like bank robbers. Seems about right, what with how illegal immigrants are constantly stealing money for a living, by working for it at below-market wages.

“What’s wrong about the states enforcing federal law?” Scalia said during his aggressive questioning of U.S. Solicitor General Donald Verrilli. “There is a federal law against robbing federal banks. Can it be made a state crime to rob those banks? I think it is.”

The Reagan-appointed justice mocked the Obama administration’s argument that S.B. 1070 unconstitutionally forces the federal government to re-prioritize its enforcement resources and go after undocumented people who are not dangerous.

“But does the attorney general come in and say, you know, we might really only want to go after the professional bank robbers?” Scalia said. “If it’s just an amateur bank robber, you know, we’re going to let it go. And the state’s interfering with our whole scheme here because it’s prosecuting all these bank robbers.”

The line drew uncomfortable laughter and some gasps in the courtroom.

What is an "amateur bank robber?" Oh right, it is the kind that sneaks into your bank and washes the dishes in the employee lounge instead of breaking open the vault. Makes sense now. [TPM]