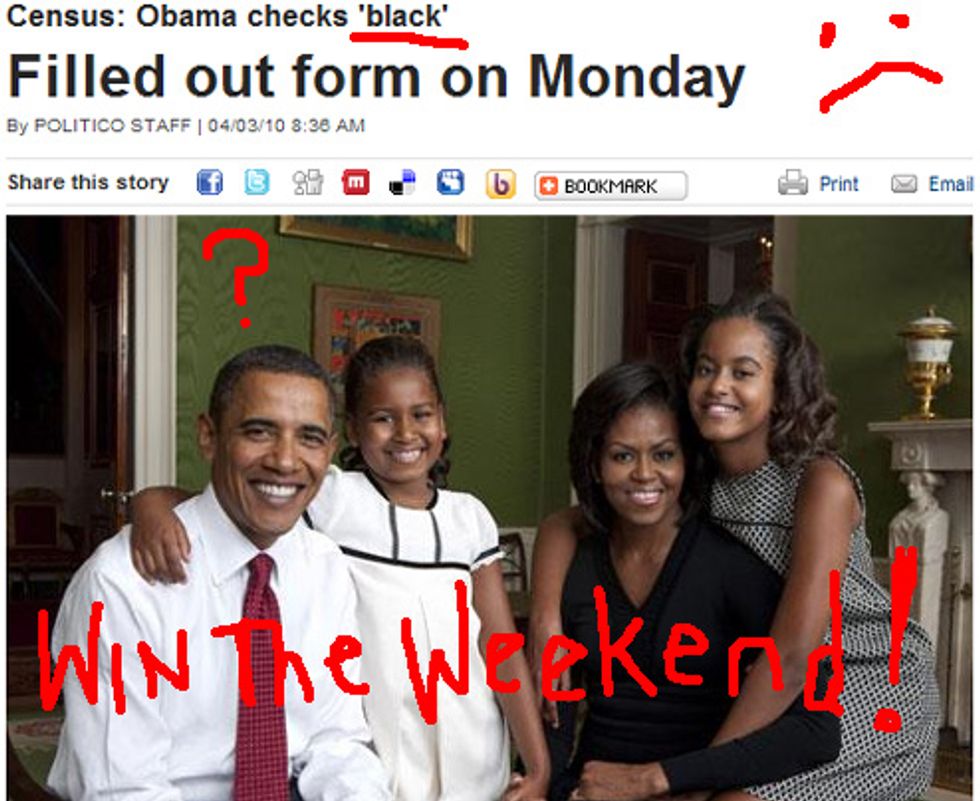 Of course this story got buried on the weekend, when nobody pays attention to anything. Obama, that thief who somehow won the election by getting all those popular and electoral votes, filled out his nasty socialist Census -- when did we have to deal with that intrusive crap before Nobama, eh? -- and what do you know, Mister Chicago Street Thug 'fessed up and described himself as "black" on the Census form, according to journalistic Truth Crusader the Politico. Fishy, no? Wasn't his mom white? Or did he even *have* a mom? Kenyans have two daddies, we heard.

But the Politico version of this crucial story was somehow lacking, presentation-wise, compared to the MSNBC story. Why does MSNBC hate white America: